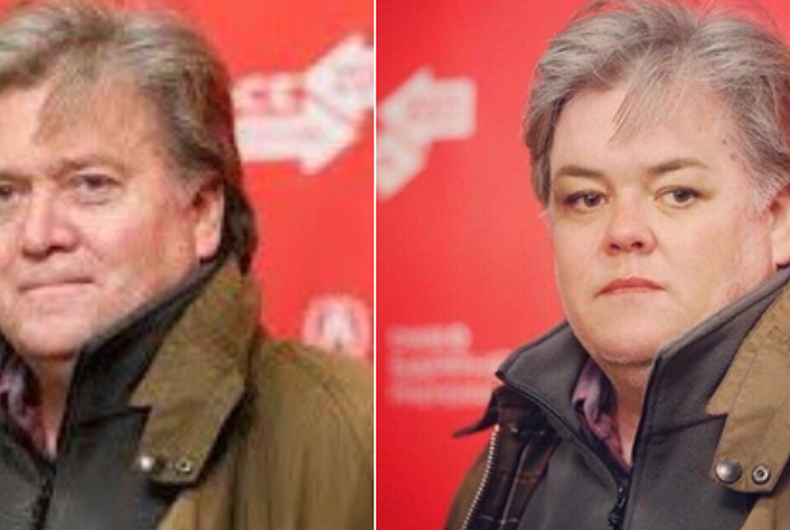 George Takei tweeted Rosie's new avatar next to a picture of Steve Bannon saying "Oh, a thousand times, yes. If there is a God, please let this happen."Photo: Twitter/@GeorgeTakei

Rosie O’Donnell changed her Twitter avatar to a mash-up of her face on a photo of Steve Bannon, suggesting that the actress and former talk show host might play the Trump advisor on Saturday Night Live.

Earlier this week, an unnamed donor told Politico said that Donald Trump was upset by Melissa McCarthy’s portrayal of press secretary Sean Spicer because she’s a woman. “Trump doesn’t like his people to look weak,” the source said.

This sparked interest in more women portraying members of the Trump Administration, with a fan asking O’Donnell if she’d do a send-up of Steve Bannon, the Breitbart founder who now serves on the National Security Council. O’Donnell responded positively.

But on Tuesday O’Donnell said that it was “just a funny idea.”

So far, Bannon has been portrayed as the Grim Reaper on SNL.