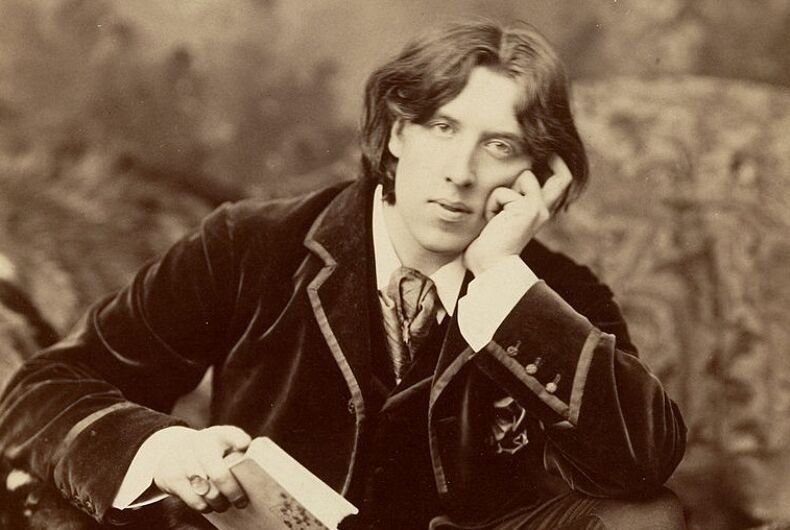 A new law in the UK will allow posthumous pardons for anyone convicted under former laws that criminalized homosexuality.

Descendants, relatives, and advocates can now apply to have the records of dead gay and bisexual men cleared in the law that received royal assent Tuesday, the Guardian reports. A process for receiving a pardon already exists for people who are still alive.

The law only applies to cases where the offenses would not be considered crimes today, which is why an application procedure was created instead of an automatic blanket pardon. Cases involving boys under 16, prostitution, or public sex will not be eligible for pardons.

The restrictions mean that pardons might not be granted in more complicated cases like that of Oscar Wilde, who was convicted of gross indecency with evidence that he frequented prostitutes.

Justice minister Sam Gyimah, who advocated for the legislation, said, “This is a truly momentous day. We can never undo the hurt caused, but we have apologised and taken action to right these wrongs. I am immensely proud that ‘Turing’s law’ has become a reality under this government.”

Human rights advocate Peter Tatchell estimated that between 50,000 and 100,000 men who were convicted under various anti-gay laws in the UK may be eligible for pardons.

No systematic records of posthumous pardons will be kept, but historians will be able to point out that convictions would not have occurred today.

The organization Stonewall said in a statement, “The more equality is enshrined into our law books, the stronger our equality becomes, and the stronger we as a community become. This month the government issued a clear and powerful apology to every gay and bi man who had been unjustly criminalised for being who they are. This is not just equality for gay and bi men; the passing of this law is justice.”

Tatchell noted that some laws are not specifically mentioned as being up for pardon. “It does not explicitly allow for the pardoning of men convicted of soliciting and procuring homosexual relations under the 1956 and 1967 Sexual Offences Acts. Nor does it pardon those people, including some lesbians, convicted for same-sex kissing and cuddling under laws such as the Public Order Act 1986, the common law offence of outraging public decency, the Town Police Clauses Act 1847, the Ecclesiastical Courts Jurisdiction Act 1860 and the army, navy and air force acts and other diverse statutes.”

The law does, however, allow for pardons to be applied for in those cases.

The law was modeled on the Queen’s 2013 posthumous pardon of Alan Turing, who helped decode encrypted messages sent by Nazi Germany in World War II but was convicted of gross indecency after the war.