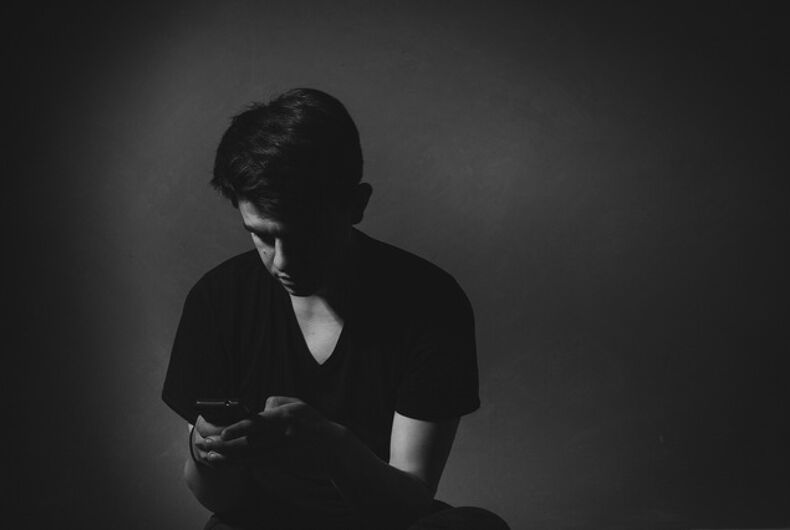 A man says his life has been turned into “a living hell” after dozens of fake profiles have popped up on Grindr claiming to be him, leading to over 700 men showing up at his home and workplace expecting sex.

Matthew Herrick, 32, brought a lawsuit against Grindr last week in the Supreme Court of New York.

He accuses Grindr of negligence, intentional infliction of emotional distress, false advertising, and deceptive business practices for allowing him to be impersonated, leaving him open to harassment and stalking, reports Wired.

The situation began last October, when a man showed up at Herrick’s apartment in West Harlem, asking if he was the man he had been talking to on Grindr. He said Herrick had just minutes ago invited him over for sex.

Herrick, confused, said he hadn’t looked at the app in a week, and that it wasn’t him. The man then pulled out is phone and showed him the profile, which showed a photo of Herrick in his kitchen, taken from his Instagram account.

“That’s me, but that’s not me,” he remembers saying.

Three more men came to his house that first day, he says.

Herrick reported the profile, but others soon followed, and before long there were numerous men every day showing up believing they had been speaking with him on the app. He also received text messages and calls from men who received his number from the profiles on Grindr.

He believes his ex-boyfriend is the one behind the profiles, with the lawsuit claiming that he has been manipulating “the geo-physical settings” through basic hacking in order to make it seem like the profiles are coming from Herrick’s location. The ex denies the allegations.

Grindr failed to take any action other than sending auto-replies that they were looking into fake profiles, after Herrick contacted the company over 50 times to complain, according to the court filing.

The suit alleges that one profile said he wanted to play out a “rape fantasy.” He claims that one man refused to leave his apartment building, leading to a scuffle between the man and Herrick’s roommate, which Herrick broke up.

Herrick reports that six men seeking sex came to the restaurant where he works in a four minute span. He says some have stalked him outside, and have tried to have sex with him in the bathroom. He says that the fake profiles will often tell the men Herrick will “say no when he means yes,” or that he’d sent them away only to hide them from his jealous roommate, and that they should return.

“They were setting him up to be sexually assaulted,” says Herrick’s attorney Carrie Goldberg. “It’s just luck that it hasn’t happened yet.”

When a similar bogus profile appeared on Scruff, Herrick says the company immediately removed the profile and blocked the IP address from creating any new accounts.

“My entire life has been stolen from me. My privacy has been taken from me. I’m humiliated daily,” Herrick says.