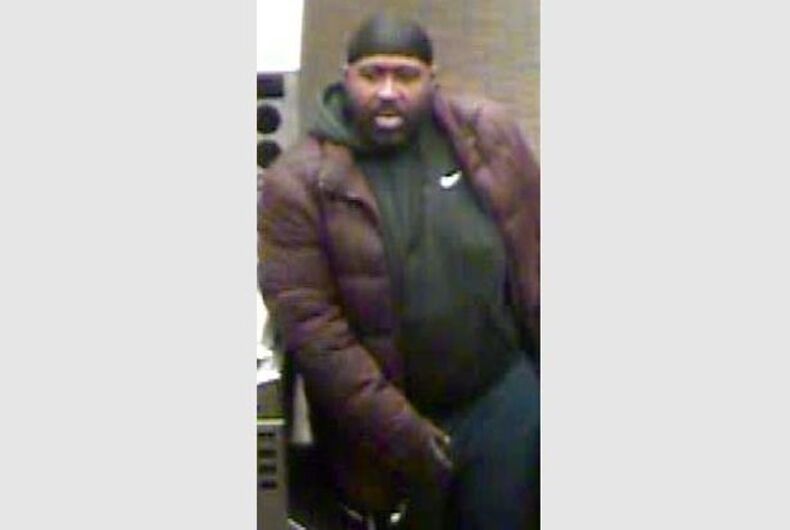 Police are looking for this man on suspicion of committing a hate crime. Photo: NYPD

The New York Police Department is searching for a suspect in what appears to be an anti-gay attack on a man in Queens.

Police say a 27-year-old man was harassed after exiting the Jamaica Center-Parsons/Archer Avenue subway station on Jan. 14 by a group of men who followed him up the escalator after an argument between them ensued at around 9:30 p.m.

Authorities said one of the men made a derogatory comment about the man’s sexual orientation, and that one of those men punched the victim in the face and kicked him before fleeing the scene, reports NBC New York.

According to DNA Info, the man was mocked for wearing “pants so tight” and that he was called an anti-gay slur before being hit.

The man was taken to Jamaica Hospital for pain, swelling, and bleeding from the nose and hands.

Hate crimes in New York City have been on the rise, with the NYPD reporting in November that they rose 31.5 percent in 2016 compared to stats from 2015.