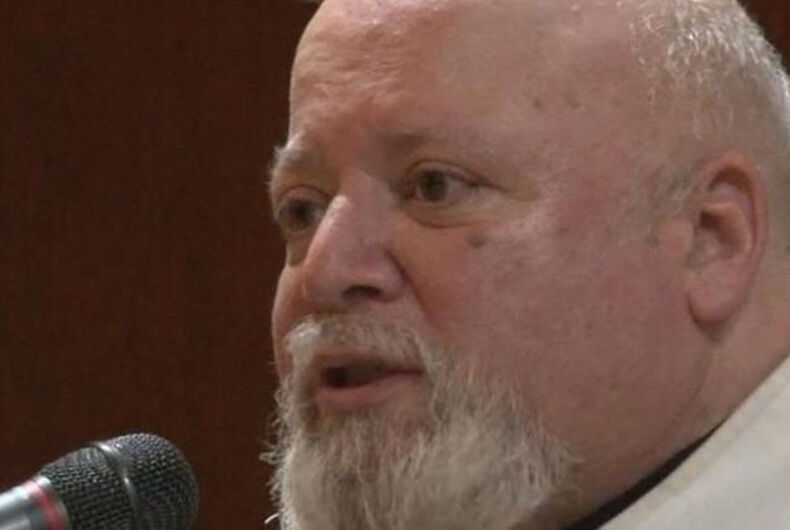 The meme, with the hashtag #JumpAgainstTrump, shows a man leaping to his death from a skyscraper. 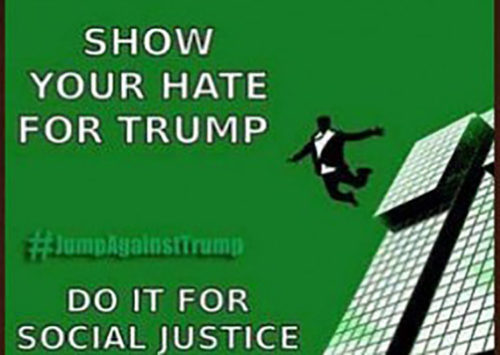 Church officials didn’t find it as humorous as Rizzo, apparently. A spokesman for the Diocese of Brooklyn said Rizzo’s post does not reflect the opinion of the church and has been removed.

And it’s not the first controversial post made by the pastor of St. Benedict Joseph Labre Roman Catholic Church in Richmond Hill, Queens, the paper reported. Rizzo previously shared a photo of President Obama with the caption, “He’s not my president’’ and a post featuring Hillary Clinton titled “Ugly Face’’ in Italian, along with the message, “Happy Halloween.’’

A few parishioners spoke to the Post about the meme, saying it upset them.

Carlos Coburn, who said he has attended the church for 20 years but will start now worshiping elsewhere, revealed he had sought Rizzo’s help when he himself considered suicide.

“It’s disturbing for someone in my situation,’’ Coburn said. “I know this man, he baptized me, and I don’t want to go back to his church.”

Another parishioner told the paper Pizzo “normally posts about supporting Trump, but this was just taking it too far.’’