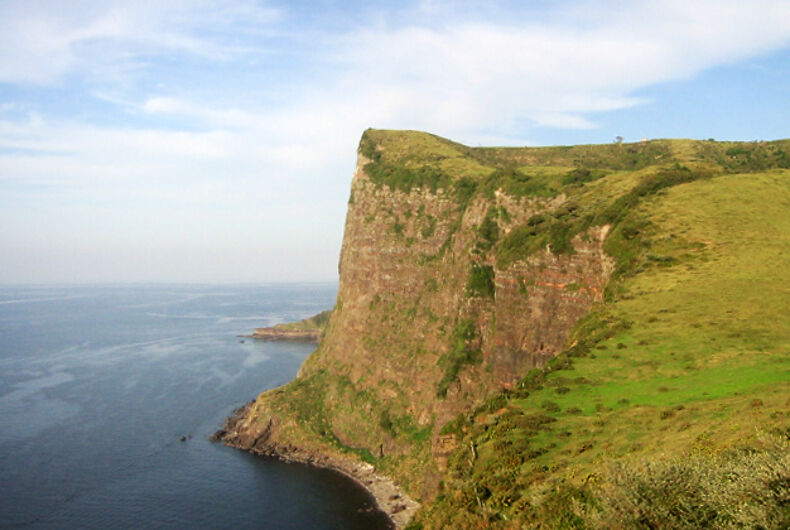 The original ruling of suicide in the case of a man who was pushed over cliffs in 1988 was overturned.Photo: Wikipedia

Police in Sydney are looking into the deaths of 88 gay and bisexual men from 1976 to 2000 to see if they should be classified as hate crimes.

In many of the cases, men’s bodies were found at the bottom of cliffs or in the sea near cruising areas. Investigators are suggesting that the men may have been systematically targeted by gangs who wanted to kill gay people for fun.

At the time, bias in the police force meant that there was little chance the crimes would be investigated thoroughly. Many were left unsolved, while others were classified as suicides.

Former New South Wales police minister Ted Pickering told the New York Times, “We can now see that predators were attacking gay men. And they were doing it with the almost-certain knowledge that the police would not have gone after them. That was the police culture of the day.”

Detectives described the gangs are more loose affiliations of mostly young men who looked for victims to harass or attack in what was called “poofter bashing.” The preferred method for murder was pushing victims off the cliff so as not to leave evidence.

Victims were unlikely to go to the police. Retired High Court justice Michael Kirby said, “The police culture in Australia up to the early 1990s was hostile to gay men. They were basically considered antisocial, low-level criminals and low life types who did disgusting things and should not be surprised that they got injured and even killed.”

One assailant who was arrested in 1990 told police, “The easiest thing with a cliff is just herding them over the edge.”