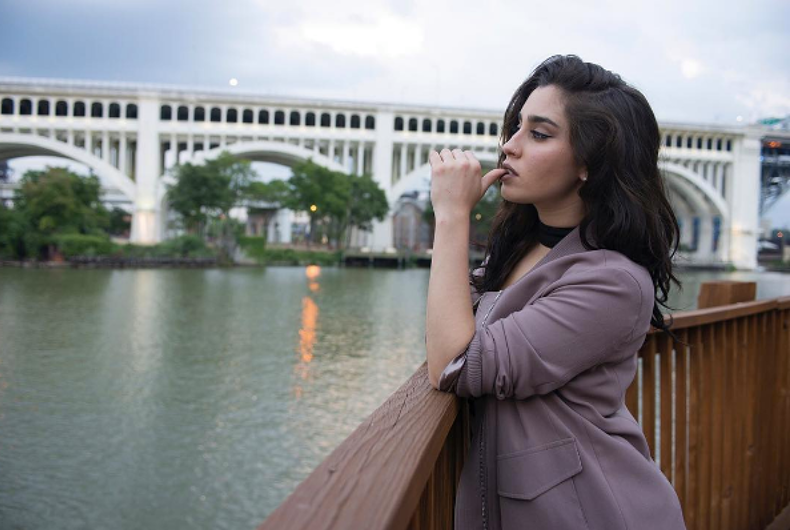 Fifth Harmony singer Lauren Jauregui is not mincing words when it comes to her feelings about President Donald Trump. Shortly after he won the election, Jauregui called out his supporters in an essay where she also came out as bisexual. Now, she’s taken to her soap box again to sound off on Trump’s anti-Muslim immigration actions.

And while immigration is a part of many American’s family history, for Jauregui is strikes even closer to home. That’s because her mother and grandparents are Cuban immigrants.

She offers a brief history lesson, touching on the Iriquois influence on the U.S. Constitution, before cutting to the chase — that immigrants aren’t a threat to our country, white men are:

This country was built and continues to survive off the backs of immigrants and refugees. The term refugee in itself is such a significant word. These people are not terrorists: Many are escaping wars that we created in their lands. To tell another human being that the disastrous tortures of war are not important and to then go even a step further and insult their plight for freedom by labeling them “terrorists” is just disrespectful to humanity. The only terrorism that both history and I have experienced has been at the hands of powerful White men who are willing to systematically kill and conquer without an ounce of empathy for anything but their pockets.”

Jauregui also joined hundreds of thousands of Americans at the Women’s March on Washington, which she called the “the most incredible day” of her life.

“It left a fire in my soul that can never be extinguished and a reminder in my heart that my voice can NEVER be silenced. We ARE the people, THIS IS what Democracy looks like. And I will NEVER be silenced by fear or hatred or bigotry or any other infringement on our rights as human beings because we have one sole purpose in this world and that is to LOVE one another and LOVE ourselves and realize humanity’s potential,” sh wrote on Instagram. “FUCK THE SYSTEM AND THE PATRIARCHY. This pussy will never be grabbed or silenced. I MARCH and fight with my brothers and sisters and I will always be proud of my voice. I hope you are too.”

For a singer in a girl group born out of “The X-Factor,” that’s some real talk.