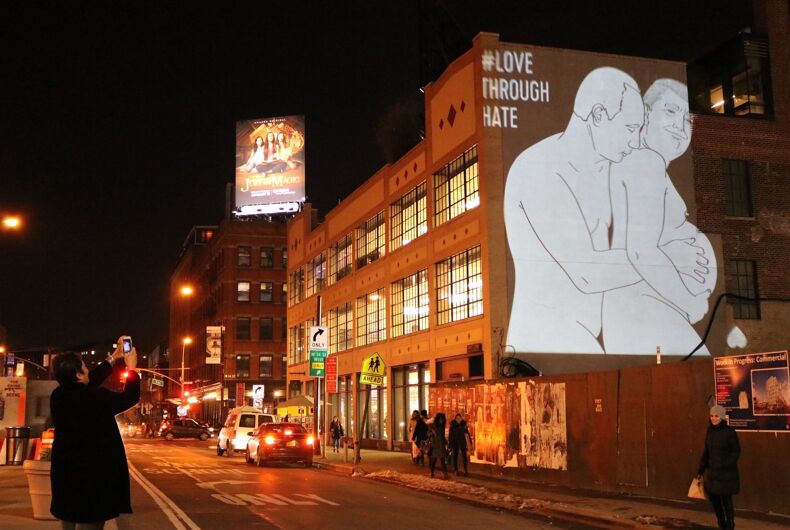 An image of Russian president Vladimir Putin and a pregnant President Donald Trump appeared on buildings in New York City on Valentine’s Day, along with the message “Love Through Hate.”

That is the slogan for the dating app Hater, which connects people based on shared dislikes. It was responsible for the display, which appeared on three separate buildings: on the corners of 15th Street and Ninth Avenue, the location of Apple’s Chelsea store; 14th Street and Eighth Avenue; and at North Sixth Street and Wythe Avenue.

“There’s a lot of tension out there, regardless of which side you’re on,” Brendan Alper, Hater’s founder and CEO, told Business Insider. “We’re just trying to make people laugh. Through humor, hate can turn into love.”

Trump has routinely defended Putin, including in a recent interview with Fox’s Bill O’Reilly, where he excused the history of Putin’s critics winding up poisoned by saying, “You think our country’s so innocent?”

Michael Flynn stepped down as national security adviser for giving “incomplete information” regarding a phone call he had with the Russian ambassador to the United States.