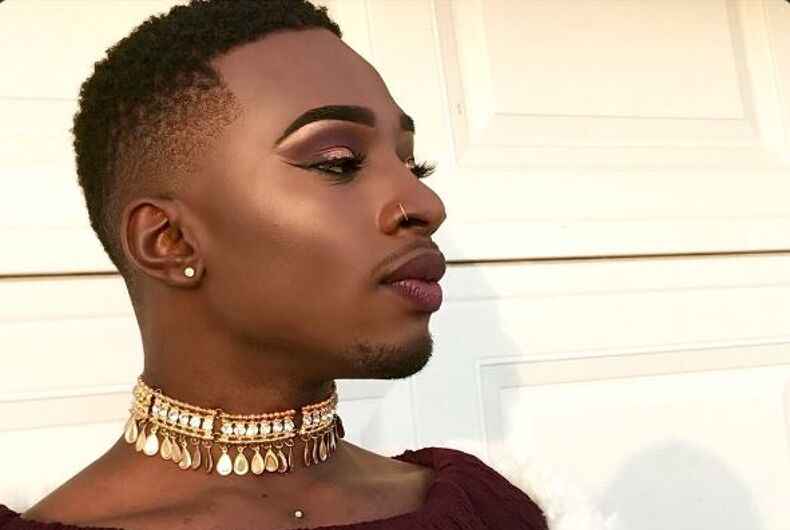 A 19-year-old gay man from Texas displayed his style on Twitter recently with the trending hashtag #BlackGaySlay and his tweet caught attention.

While most were in support of Trayvon Dickerson, a freelance makeup artist and waiter, he soon discovered, via a friend, that someone had used one of his photos to shame him.

“Ya son come home from college like this, crying asking you to accept him, what you doing?” the tweet read. 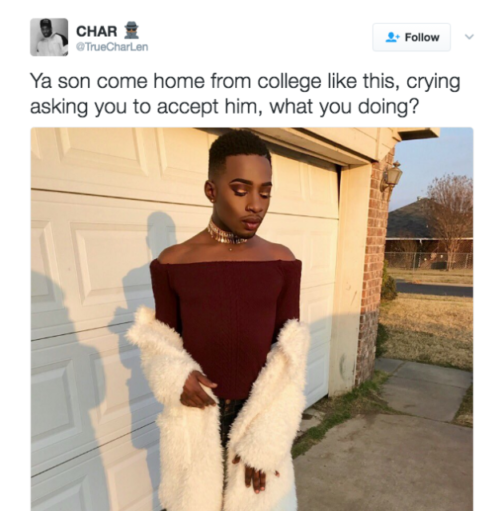 “I’ve seen people make these same tweets with other LGBT kids,” Dickerson told BuzzFeed. He said this was the first time it had happened to him and he had no intention of not putting the bully in his place.

He tweeted out the perfect clapback response to the homophobia.

He suspects those who hate are dealing with their own issues of fragile masculinity.

“I am me and the only person who has to deal with me is me. Everyone in my family supports me wholeheartedly,” he added.

my mentions are in shambles 😩😂😂 pic.twitter.com/kzJ6m3rsvN

As his Twitter cover photo suggests, be careful who you hate cause you just might make them famous.