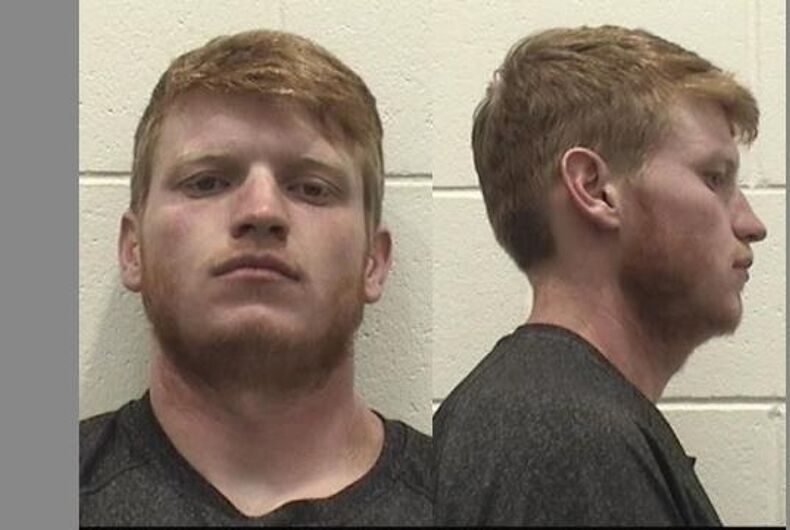 A man in Athens, Georgia, was arrested this weekend for attacking a person who he called an anti-gay slur.

OnlineAthens obtained a police report that says the victim was “dressed in women’s clothing” while walking past a bar at 3 a.m. OnlineAthens described the victim as a “man,” but it does not include information about how the victim identified.

Chad Andrew Weaver, 24, called the victim a “faggot,” which resulted in an argument. Weaver punched the victim in the face, at which point they started to fight. Weaver ended up on top of the victim on the sidewalk and onlookers had to separate them.

Witnesses agreed that Weaver was the aggressor in the fight, saying that he shouted the slur and threw the first punch.

Weaver was arrested for battery. Police have placed a hold on his release.