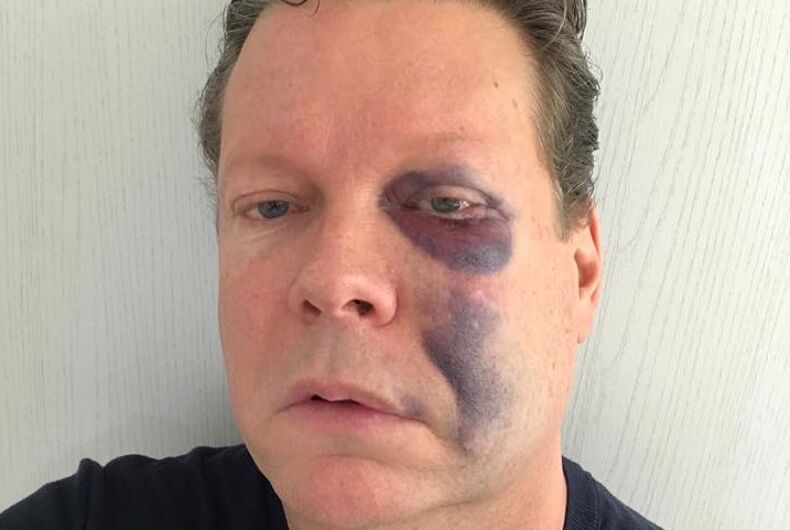 The co-owner of a chain of drag queen clubs was viciously beaten in San Diego on Sunday afternoon.

Mark Zschiesche, who co-owns the Lips Drag Queen Showplace Restaurant and Bar, said he was walking alone after going to a grocery store when a man he did not know approached him. “Before you knew it, this guy hit me in the face and called me faggot. From that point I was in shock,” Zschiesche told CBS8.

“My personal opinion is there is a lot of hate in the air. You hate to blame, besides the person who hit me, but I blame Trump and his rhetoric,” he said.

Zschiesche posted a video to Facebook describing the incident and drawing support from his friends.

He also filed a police report and described the assailant as a white man in his 30’s. Police say they are investigating the claim.