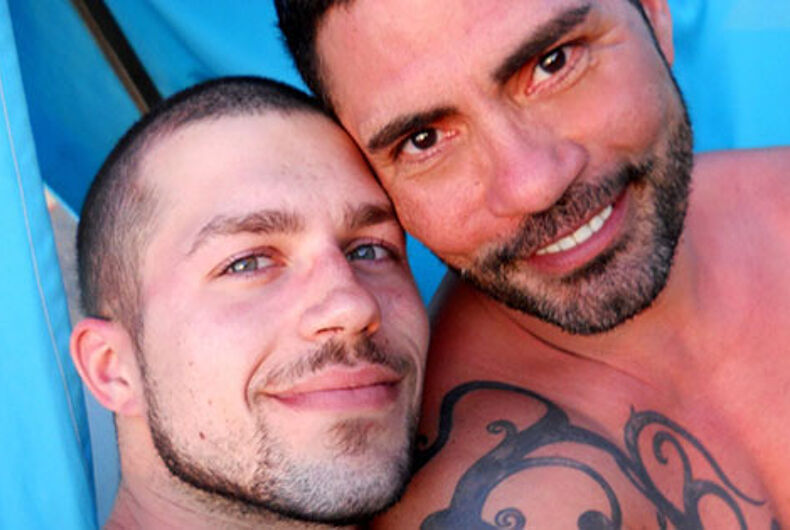 Homophobia stood in the way of the wedding plans of Mike Cerentola and his fiancé Victor Rivas of Quebec, who had hoped to hire a wedding photographer for their November nuptials.

But as they told friends in a Facebook post, the company they chose, Premiere Productions, turned them away because the couple’s relationship is at odds with the owner’s “religious beliefs.”

Cerentola told Montreal News that in a phone call to set up an appointment, the photographer told him he would be shooting for one hour at the bride’s and one hour at the groom’s.

”I mentioned that there’s only going to be one house since we already live with each other and I said there is no bride,” he said. “We’re two guys.”

Although the photographer didn’t balk on the phone, he followed up with a cowardly email that may in time come back to bite him:

“I regret that I cannot take this wedding because it is at odds with my personal religious beliefs.”

As GayStarNews reported, it is illegal to discriminate against people on the basis of sexual orientation in Canada, especially in the case of commercial business services available to the public. The site said Premiere Productions had not responded to requests for comment at press time.

Cerantola took his complaint to Facebook, posting a link to the company’s page:

“Anyone who knows me knows I’m relatively a nice person and would never be malicious….but being refused by a photographer to shoot my wedding because I’m gay hurt me a little.

No sweat off my back.. Gonna look for more, but raising awareness for others who are in the same Gay boat.

“Be aware, this company will turn you down if you are homosexual.”

Cerantola was flooded with responses, including one from a man named Stuart Seemungal, who offered to shoot their wedding for free.

‘I’ll come to Montreal from Ottawa at my expense and photograph your wedding for free if you can’t find anyone to do it.’

Rivas posted their thanks for all the love:

When New Yorkers found Nazi graffiti on a subway car, they sprang into action