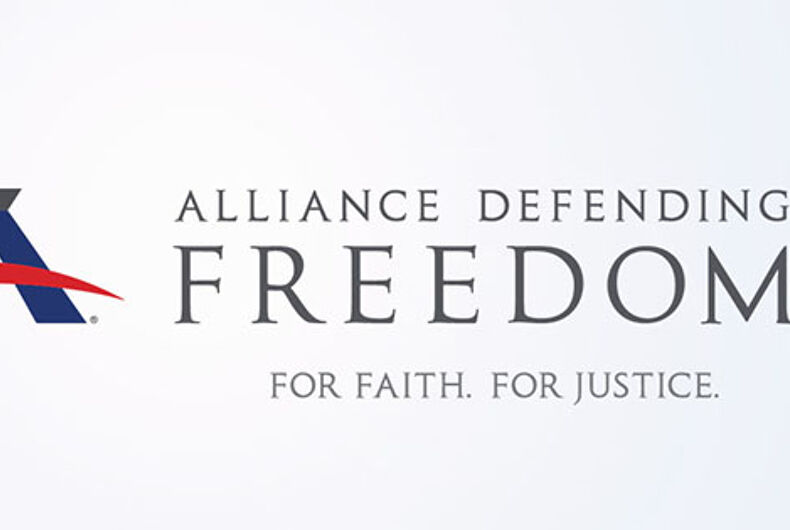 According to a statement issued Wednesday by the SPLC, and first reported by the Washington Blade, the ADF was “founded by some 30 leaders of the Christian Right, the Alliance Defending Freedom is a legal advocacy and training group that specializes in supporting the recriminalization of homosexuality abroad, ending same-sex marriage, and generally making life as difficult as possible for LGBT communities in the U.S. and internationally.”

What is most amazing is that although the alliance has a worldwide reputation for homophobia, it has secured special advisory status at the United Nations, in the European Union, and with the Organization of American States.

According to the Montgomery, Alabama-based watchdogs, the ADF boasts more than 3,000 affiliated attorneys and works with over 200 organizations in the cause of “defending religious freedom.” The ADF describes it mission as to fight against the “concocted” constitutional right to abortion, laws that protect LGBTQ people, and calls the separation of church and state a “myth.”

To make its point, the SPLC released a raft of anti-LGBTQ statements by current and former leaders of the ADF, and its supporters, allowing the hate group’s own words to make the case.

“The endgame of the homosexual legal agenda is unfettered sexual liberty and the silencing of all dissent,” said ADF Senior Counsel Erik Stanley, at the 2o14 conference titled “Gospel, Homosexuality, and the Future of Marriage.”

In 2012, then-president Alan Sears, spoke at the World Congress of Families gathering in Madrid, Spain:

“And in the course of the now hundreds of cases the Alliance Defense Fund has now fought involving this homosexual agenda, one thing is certain: there is no room for compromise with those who would call evil ‘good.’”

The SPLC says that was the year the ADF changed its name from the Alliance Defense Fund. But since its inception, the organization has been funding cases and training attorneys, under the banner that its attorneys are “advocating for freedom in court.” But legal victories aren’t enough, the group claims, so its other mission is to “change the culture.”

And how the Scottsdale. Ariz.-based organization accomplishes that goal is through programs to train young, conservative Christian lawyers, including the Young Lawyers Academy.

New U.S. attorneys are enlisted to enroll and, according to the group, “engage the culture and join a network of Christian attorneys around the globe.” Another option is the Areté Academy, which the ADF says “launches highly accomplished university students and recent graduates on a path to future leadership in law, government, business, and public policy.”

Participants are trained how to “effectively advocate for religious liberty, the sanctity of life, and marriage and family.” The ADF claims more than 1,800 lawyers have taken part.

Then there is the hush-hush Blackstone Legal Fellowship. The SPLC says it gives Christian law students the opportunity “to study under prominent scholars, participate in internships, and prepare for life and leadership in the legal profession.

And as a measure of its reach, the ADF claims more than 1,600 law students from 225 law schools in 21 nations have been Blackstone fellows since its founding in 2000.

Find out more about the Alliance Defending Freedom at the Southern Poverty Law Center’s website by clicking here.