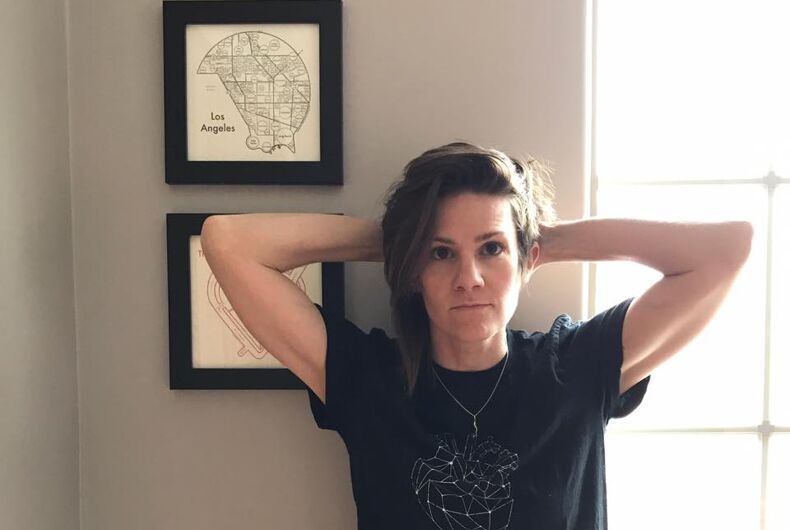 On Friday afternoon, Gov. Mike Huckabee tweeted a “joke” about how Sen. Chuck Schumer (who recently shed a tear recalling his family that died in the Holocaust) would be starring in a remake of the film “Boys Don’t Cry” (about the brutal murder of transgender man Brandon Teena).

But then she harnessed her outrage and turned it into money for a worthy cause: Trans Lifeline, a crisis line for the transgender community.

Thanks @GovMikeHuckabee for the reminder to take daily action to support my community. Also: u are a jerk. pic.twitter.com/iy1UzBPAz9

Before long, the idea took off. People started donating, offering matches, and tagging Huckabee all along the way.

My wife @cameronesposito has helped raise $3000 for @Translifeline in a little over an hour. Let's keep it going. https://t.co/HaGOxt0Nek

The effort was so successful, Esposito couldn’t help but throw in a few more zingers.

I guess @GovMikeHuckabee can take my job telling jokes. I work in fundraising: https://t.co/ds26GeAfvC https://t.co/B9jedk0RIo