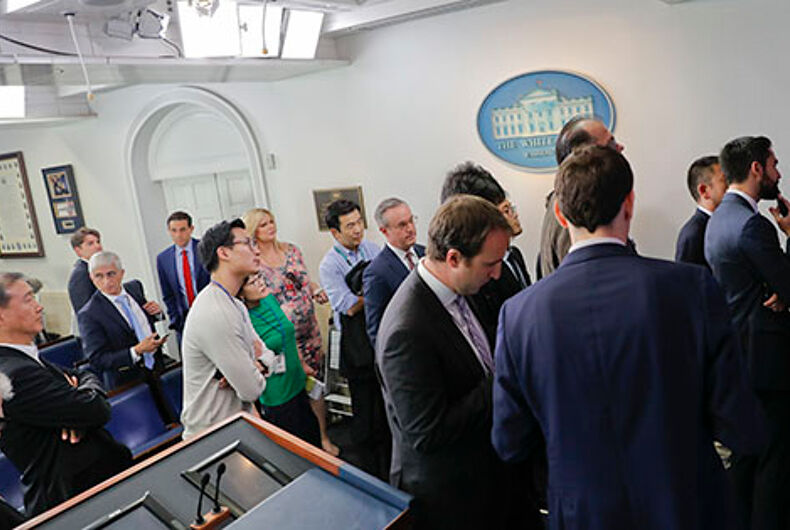 The New York Times, the Los Angeles Times, Politico and CNN were excluded from the meeting, known as the gaggle.

The briefing is not only off-camera but less formal than the televised question and answer session that follows the gaggle, the one traditionally held in the James Brady briefing room inside the White House

Spicer did not comment but administration spokeswoman Sarah Sanders said in a short statement that the White House “had the pool there so everyone would be represented and get an update from us today.”

Those who did get in to the gaggle were four of the five major television networks: NBC, ABC, CBS and Fox News. Breitbart News, The Washington Times and One America News Network were also allowed in.

The Associated Press and Time magazine boycotted the briefing over the blocking of the newspapers, Politico and CNN.

“The WHCA board is protesting strongly against how today’s gaggle is being handled by the White House, We encourage the organizations that were allowed in to share the material with others in the press corps who were not. The board will be discussing this further with White House staff.”

“Nothing like this has ever happened at the White House in our long history of covering multiple administrations of different parties,” said New York Times executive editor Dean Baquet. “We strongly protest the exclusion of The New York Times and the other news organizations. Free media access to a transparent government is obviously of crucial national interest.”