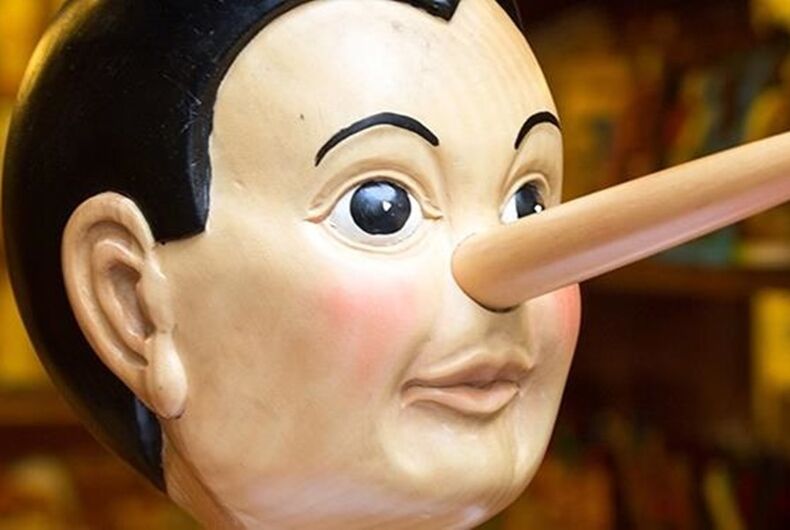 Using data from a nationwide health survey of close to a million American youth from 1999 to 2015, researchers at Johns Hopkins University and at Harvard University examined the link between changes in reported attempts at suicide among teens and changes in marriage laws in their states. In 32 states that enacted same-sex marriage laws during the study, suicide attempts dropped 7 percent among all students and 14 percent among gay kids after the laws were passed. There was no change in suicide attempts in states without those laws.

Brown, however, is taking a page from the Trump playbook and is claiming that the researchers made up the data to fit their own viewpoint – regardless of the actual science behind the study.

“A recent study in the journal JAMA Pediatrics has caused a lot of buzz in the press. The study claims to trace the ‘Association Between State Same-Sex Marriage Policies and Adolescent Suicide Attempts’ among LGBT youth and is being presented by the media as ‘proof’ that gay marriage saves lives,” Brown wrote in the email.

“But like much of the fake news coverage this study has generated, the study itself leads people to a fake conclusion: that somehow the enactment of same-sex marriage results in reduced teen suicide attempts, especially for LGBT teens. In fact, the study proves nothing of the sort. Indeed, some data in the report suggest the opposite may be true in states that have had experience with same-sex marriage the longest.”