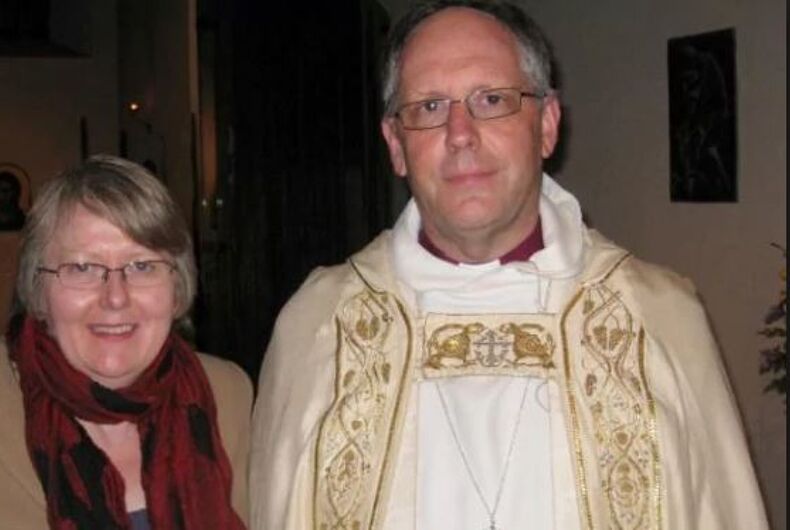 A bishop dying of cancer is calling on the Church of England to reverse course and support gay marriage.

John Wraw, the bishop of Bradwell, in Chelmsford, England, did not always support same-sex marriage. That changed in part after he received the diagnosis and found himself on the receiving end of support from gay parishioners, he told The Telegraph.

It “made him think really seriously” about why he opposed such unions and now he wants others to rethink their opposition as well.

Wraw, who supported the introduction of female bishops in 2014 but had yet to take a public stance on same-sex marriage, published the letter online, informing those in the church that the multiple myeloma he was diagnosed with in a few years ago is no longer treatable.

He said the church has become “totally focused” on same-sex marriage, instead of concerning itself with “the fundamental and core values of commitment, fidelity, openness, trust, intimacy and indeed faithfulness.”

He said he hopes same-sex marriage can receive “full acceptance” in the Church of England.

Last month a report by the house of bishops said the Church should oppose homophobia but not change its teachings that gay people should not be able to marry. It was rejected by the Church’s governing body after clergy voted against taking note of it.

“It is recognizing those qualities of relationship that I meet with so many people – heterosexual, gay, bi – with people not really wanting to find their identity in gender but in who they are as human beings, for me children of God whom God delights in,” Wraw wrote.

“This is not new Christian theology but for me I have lived it very intensely and personally this last three years and it has changed me profoundly as a person,” he continued.