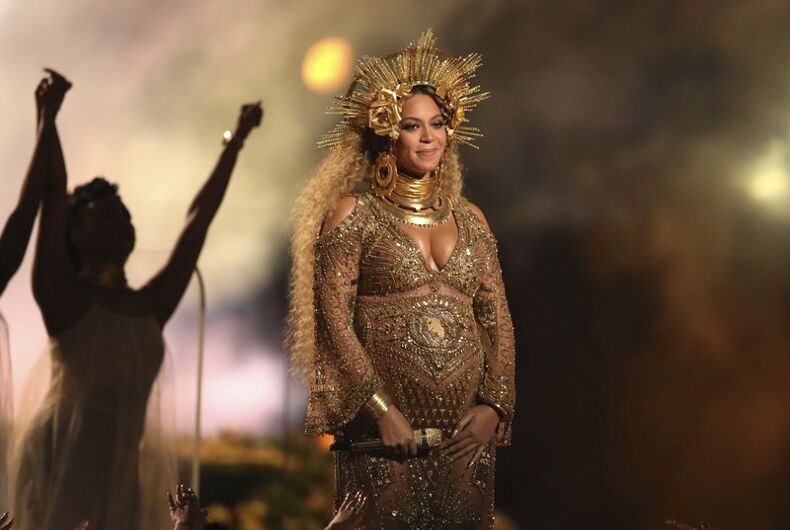 Beyoncé took to social media on Thursday to make clear she stands with LGBTQ students after the Trump administration decided to turn its back on transgender students by rescinding the Obama era protections.

A directive sent to public schools by the Obama administration instructed them to allow trans kids to use the bathrooms and locker rooms matching their gender identity, citing Title IX, which prohibits sex based discrimination.

“#LGBT students need to know we support them,” Beyoncé wrote on Facebook in a sign of solidarity with GLSEN’s 100 Days of Kindness initiative.

The group is asking people to post messages of support along with #KindnessInAction, which is then aggregated onto the GLSEN website, creating “a brick in a virtual wall of kindness.”

Beyoncé’s decision to speak out is particularly notable considering the backlash she received from many LGBTQ rights activists for her failure to publicly support the Houston Equal Rights Ordinance (HERO). The nondiscrimination ordinance gave protections to the LGBTQ community in the city from which the singer hails and was repealed when put to a vote by referendum.

“We are so thrilled that Beyoncé is standing up for transgender youth by joining GLSEN’s 100 Days of Kindness Campaign at this very difficult time,” GLSEN’s executive director, Dr. Eliza Byard, told The Huffington Post. “There is a great deal of confusion and fear out there right now, and Beyoncé has the unique power to cut through the noise to deliver a crucial message of love and support to all transgender youth. Thank you, Beyoncé. (And I cannot wait to tell my daughters about your support.)”

Other celebrities getting in on the act include Ewan McGregor, Mark Ruffalo and Felicity Huffman.