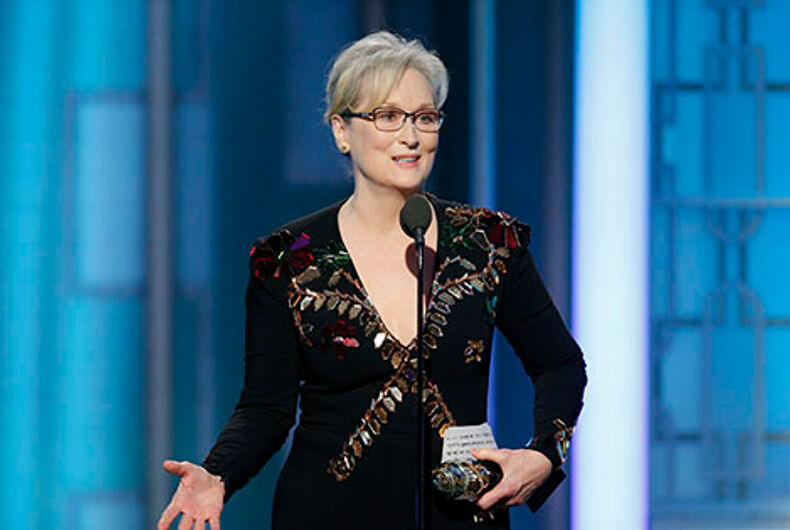 The talk on the Oscars red carpet this Sunday night might not be about who everyone is wearing, but who Meryl Streep is not wearing.

Streep, who is up for a best actress Oscar on Sunday, her 20th nomination, commissioned a customized neckline on an embroidered gray silk gown from Chanel’s most recent couture collection.

Chanel creative director Kurt Lagerfeld told Women’s Wear Daily that he was working closely with the legendary actress to design that gown for the Academy Awards, when he received a troubling phone call.

“I made a sketch, and we started to make the dress,” Lagerfeld told WWD. But shortly after production started on the gown, Streep’s camp reportedly canceled. “‘Don’t continue the dress. We found somebody who will pay us,’” Lagerfeld said he was told by Streep’s representative.

However, Streep’s team absolutely refuted that claim to The Hollywood Reporter, calling that statement false. The rep said that it is against her personal ethics to be paid to wear a gown on the red carpet. Chanel did not immediately return THR’s request for comment.