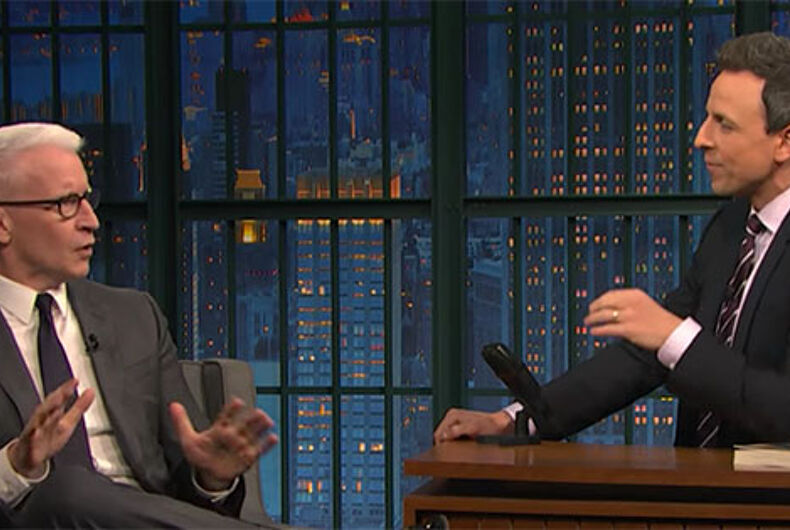 CNN’s most prominent out anchor is very aware one of his most loyal viewers is none other than the President of the United States.

Anderson Cooper told Seth Meyers Tuesday on his Late Night talk show on NBC that even though Donald Trump frequently calls the network “fake news,” there’s no doubt in his mind the Commander in Chief still watches him and the Time Warner-owned network on a regular basis.

“He watches CNN all the time, this is not in dispute at all,” said Cooper.

“At a certain point you would think, like, there’s gotta be something more important going on for the president to be doing than flicking around the shows,” Cooper told Meyers. “But, I don’t know.”

Watch the clip from Late Night, below:

‘Gender Revolution’ is all about trans people, but it’s made for a cis audience