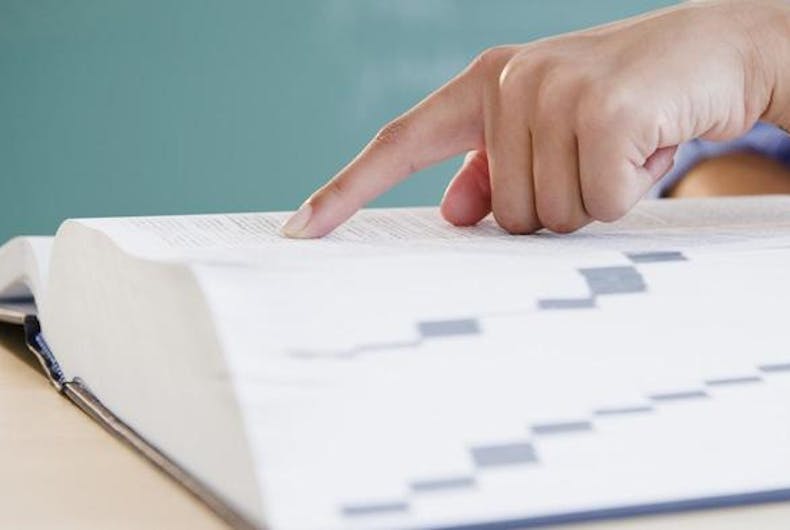 NEW YORK (AP) — Attention, word nerds: This is your bonus round, courtesy of Merriam-Webster.

In addition to elevating “surreal” in 2016 to word of the year, the dictionary company on Tuesday added about 1,000 new words and new definitions to existing listings on its website, Merriam-webster.com.

Among 17 of the latest disclosed by the company are: “arancini,” those stuffed, breaded and fried Italian rice balls, “conlang,” meaning an invented language like Klingon, “fast fashion” and “microaggression,” a flash-point favorite on some college campuses.

The rest? Well, it’s up to language treasure hunters to find those for themselves.

This is the first time the company has freshened up website listings since 2014, when it added entries to a new paper edition of its collegiate book and online at the same time.

“Some of these we’ve been watching for many years and some of these are very new words,” said Peter Sokolowski, Merriam-Webster’s editor at large.

Alphabetically speaking, arancini leads the charge. Foreign food words are among the richest sources of new words in English and this one is borrowed from the Italian for “little orange.” Besides, Sokolowski said in a recent interview, “Anything that’s deep fried is good. We’ve all had them but I didn’t know this name. We all love exploring the world through food.”

CONLANG : “This is a personal favorite because this is a linguistics word,” said Sokolowski, a lexicographer. In addition to Klingon, the made-up language of “Star Trek,” Elvish of “The Lord of the Rings” is another famous example. “I have two friends who have written whole books about conlangs,” Sokolowski said.

“They’re serious languages. They have declensions, they have verb tenses, they have grammar and accents and all the rest of it. They sound more realistic if the language is actually developed,” he added.

FAST FASHION : It’s that thing when manufacturers can quickly bring fashion to market at relatively inexpensive prices, such as the wares sold by H&M, Zara, Topshop and others. Fashion designers have embraced the idea of moving looks quickly into stores straight from runways, as opposed to showing collections ahead of their designated seasons.

The sleuths at Merriam-Webster, based in Springfield, Massachusetts, found a reference as early as 1977, in a Pittsburgh newspaper referring to a line of moderately priced shoes for women.

MICROAGGRESSION : Merriam-Webster defines it thusly: “A comment or action that subtly and often unconsciously or unintentionally expresses a prejudiced attitude toward a member of a marginalized group (such as a racial minority).”

Such slights have been broadly defined in debates over acceptable speech among college students. On at least one campus, Clark University in Worcester, Massachusetts, new freshmen on campus began last year to be introduced to the term, along with learning about “safe spaces,” another new lookup entry on Merriam-Webster’s site.

GHOST : An informal definition has been added, for the practice of abruptly cutting off all contact with someone, such as a former romantic partner, by no longer accepting or responding to calls and messages.

PROSOPAGNOSIA : The inability to recognize faces. It came up recently because the late psychologist Oliver Sacks “wrote about the fact that he himself suffered from prosopagnosia,” Sokolowski said. It comes from the Greek word meaning face or mask.

The fresh entries also include: “Seussian,” for “having a playful or outlandish quality” relating to the works of beloved children’s writer Dr. Seuss, aka Theodore Geisel; “microbiome,” for communities of bacteria, fungi and viruses inhabiting a particular environment, most notably the human body; and — last but not least — recognition for a slang definition of “shade,” as in throwing some publicly as a subtle or indirect insult.

“This is social media speaking,” Sokolowski said of shade. “What I like about it is that it assumes a very highly informed reader. It assumes you will get the whole joke.”

Anderson Cooper: Trump ‘watches me on CNN probably more than my mom’