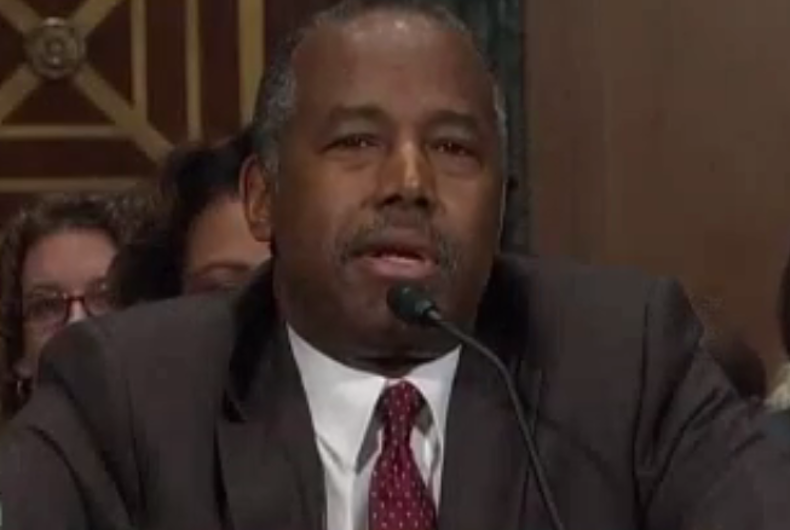 Ben Carson was asked about his position on LGBT housing discrimination and said he opposed “extra rights” for LGBT people.

In confirmation hearings for the Housing and Urban Development Secretary-nominee  on Thursday, Senator Sherrod Brown pressed Carson on whether he believed the HUD had “a duty” to take actions to reduce anti-LGBT discrimination.

“Of course, I would enforce all the laws of the land,” Carson responded. “And I believe that all Americans regardless of any of the things that you mentioned should be protected by the law. What I have mentioned in the past is the fact that no one gets extra rights. Extra rights means you get to redefine everything for everybody else. That doesn’t seem very fair to me.”

Later, in response to a question from Senator Cortez Masto, Carson said he would “absolutely” protect the LGBTQ communinity from discrimination.

The term “extra rights” is also unclear in this context. Carson defined it as “to redefine everything for everybody else,” an apparent reference to same-sex marriage rights, which the HUD does not regulate.

Jamelle Bouie pointed out Carson’s “profound inexperience” with issues around housing. The neurosurgeon was suggested as a possible HUD Secretary nominee in November, initially rejecting the position because he “feels he has no government experience, he’s never run a federal agency.”