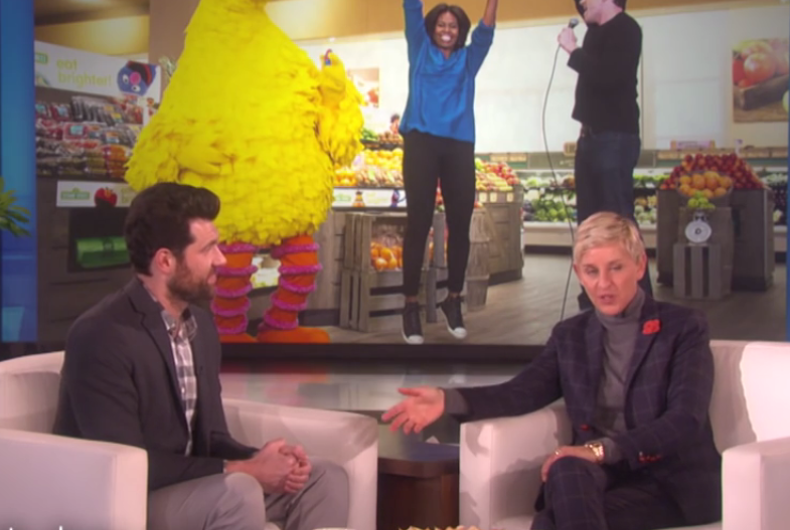 Billy Eichner talked about his show, where Big Bird and Michelle Obama once appearedPhoto: Screenshot

Billy Eichner appeared for the first time on The Ellen Show to talk about the farewell party Barack and Michelle Obama hosted at the White House.

Eichner said, “You’re in line going through security with David Letterman, Bruce Springsteen, Paul McCartney, Stevie Wonder. It was like two o’clock in the morning and the president has his sleeves rolled up and a couple of buttons down, and he’s like breaking it down on the dance floor… next to a huge picture of Mary Todd Lincoln.”

Eichner found a moment to thank Obama “for everything he’s done for the LGBT community.” Eichner said that Obama responded that he’s proud of his record on LGBT issues.

Ben Carson: No ‘extra rights’ for LGBT people if he becomes HUD Secretary