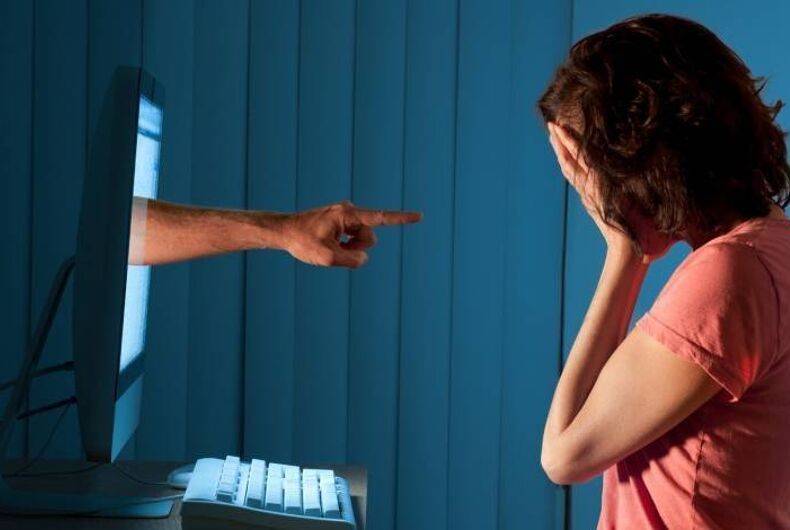 AMSTERDAM (AP) — A Dutch man suspected of cyberbullying young girls and gay men via webcams went on trial Wednesday in the Netherlands.

The 38-year-old suspect, Aydin C., also faces a separate trial in Canada, where he is charged in the cyberbullying of Amanda Todd, a 15-year-old girl who drew global attention to online abuse when she posted a YouTube video recounting her ordeal. She later took her own life.

In the Dutch trial, the man is charged with abusing 34 other young girls and five gay men.

Prosecutors allege that the suspect used a variety of online aliases on online chat sites to portray himself as a woman who befriended young girls or a boy of around 18 years as he prowled the internet hunting for victims. He would persuade them to strip in front of their webcams and then use the images to blackmail them, according to prosecutors. The man denies the charges.

Prosecutors are expected to make their sentencing demand next month.

The suspect faces charges in Canada in the Todd case including extortion, possession of child pornography and attempting to lure a child online. A Dutch court has approved his extradition following his trial in the Netherlands. He has appealed that decision.

Todd brought the problem of cyberbullying to mainstream attention in Canada and around the world in 2012 after she posted a video in which she told her story with handwritten signs, describing how she was lured by a stranger to expose her breasts on a webcam.

The picture ended up on a Facebook page made by the stranger, to which her friends were added. She was repeatedly bullied, despite changing schools, before finally taking her own life weeks after posting the video.