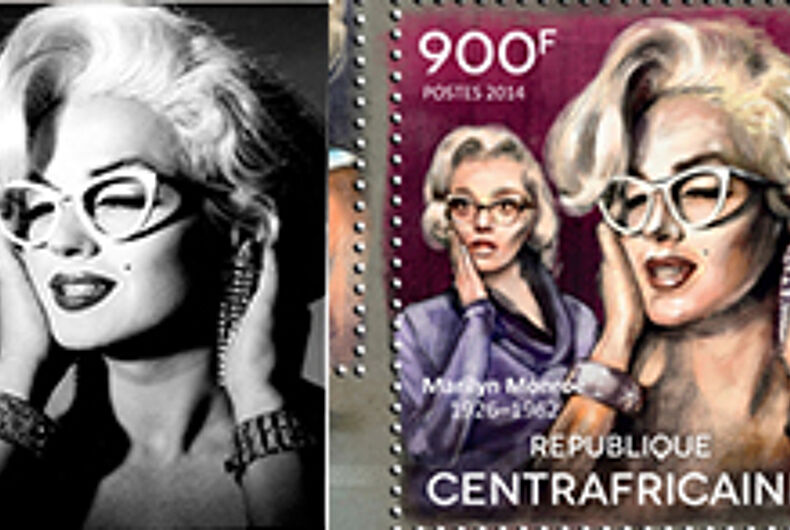 A transgender entertainer who is a dead-ringer for Marilyn Monroe is threatening legal action against the Central African Republic for issuing stamps using her image impersonating the late Hollywood star.

Jimmy James is described in the New York Post’s Page Six report as a renowned Monroe impersonator, who played her in a 1991 television commercial for an eyeglasses company. That’s the image that her attorney, Mark J. Heller, says was appropriated for the stamp. 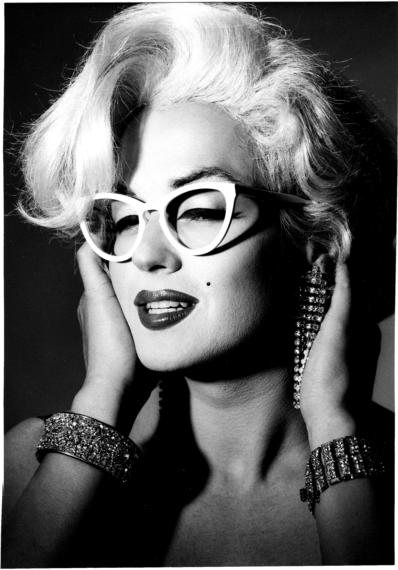 The stamp is one in a series celebrating the curvaceous actress, who had absolutely no connection whatsoever to Africa. But images of celebrities, especially dead movie actors, are a popular stream of income for nations looking to profit on their fame. 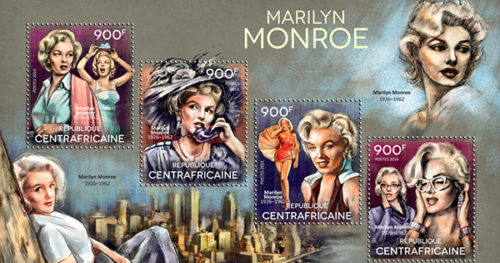 Heller told Page Six: “Although the recognition and inclusion of a transgender model in this collection of [Monroe] stamps is appreciated . . . the publisher . . . has not only failed and omitted to secure” James’ consent, “but has also failed to compensate [her].” Heller tells LGBTQ Nation his client uses the pronouns “she,” “her,” “hers” and identifies as a trans woman.

“Hopefully, this discriminatory conduct will be atoned for and redressed by immediately compensating Jimmy James in response to our legal demand seeking reasonable remuneration.” 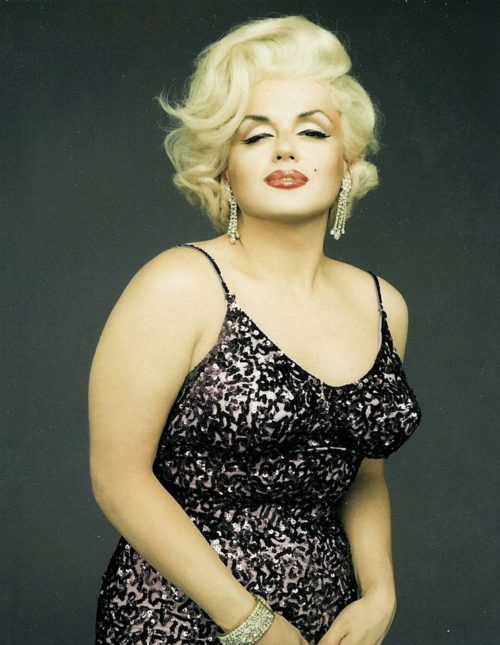 So far, he has not heard back from authorities in the republic. The Post reports there’s been no comment so far by Monroe’s estate or the company that hired James to impersonate Monroe for its ad in 1991.