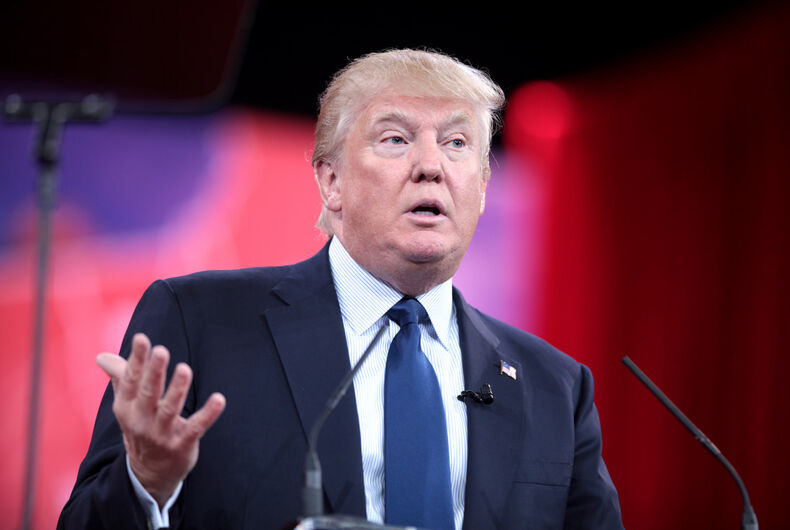 Legal blog Above the Law broke the story, obtaining an email at Jones Day, the Trump campaign’s law firm, sent out to some members of the firm. The law firm later sent out a statement announcing a number of appointments had been made, including Gore’s.

Gore defended the University of North Carolina against claims that the law, which prescribed that individuals must use the bathrooms and locker rooms matching the gender on their birth certificates in government owned buildings, was a violation of the Equal Protection Clause of the 14th Amendment and federal law.

Gore removed himself as counsel on the case earlier this month.

He was also involved in defending New York, South Carolina and Florida for their Republican led redistricting and voter restriction efforts.

As the Election Law Blog reports, one of Gore’s main areas of expertise is in defending redistricting plans against claims of civil rights violations. His online bio even boasts of a number of successes in that area.

MSNBC reports that The Miami Herald found that “Hispanic, Democratic and independent-minded voters are the most likely to be targeted,” and whites and Republicans were the least likely to find themselves removed.

“President Trump just appointed someone who defended one of the most discriminatory laws in the land to a key role in the Civil Rights Division of the Department of Justice,” said HRC Legal Director Sarah Warbelow. “President Trump appears to be assembling an anti-LGBTQ team to lead the very agency charged with ensuring every American is protected from discrimination.”

Gore will now be in charge of defending the very civil, voting, and non-discrimination acts and rights he has previously stood on the wrong side of as a lawyer.

As we travel further through the looking glass…

Half of all American men are infected with the HPV virus