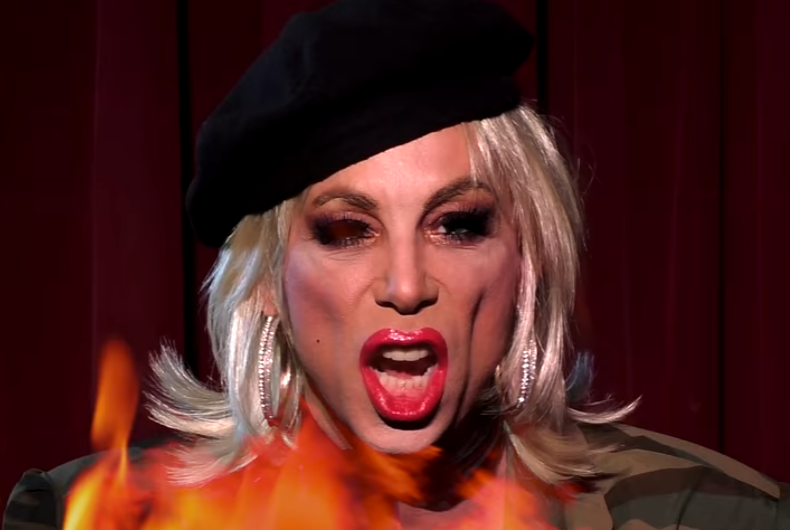 As British politician Tony Benn said, “Every generation has to fight the same battles as their ancestors had to fight, again and again, for there is no final victory and no final defeat.”

The fight for LGBTQ rights in America has been long, and at times bloody, and with a Trump administration full of establishment politicians who have proven themselves to be anti-LGBTQ with their policies, voting records and rhetoric, and the president himself showing support for discriminatory legislation, the struggle most certainly continues today.

Drag queen Sherry Vine is out with a new song parody music video set to Billy Joel’s “We Didn’t Start the Fire” that highlights this history and can be seen as a rallying cry for the fight to continue.

The video starts with Vine suiting up, before she takes us from the Mattachine Society, to Stonewall, to the height of the AIDS epidemic and ACT UP, to Pulse and the frightening team President Trump is putting together, and all points in between.

Watch the music video below, especially if you could use a good primer on LGBTQ history.