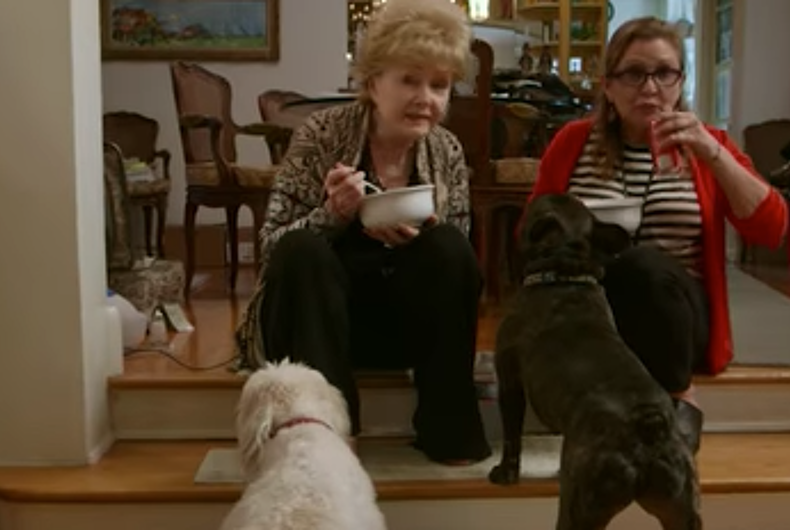 That’s HBO Documentary Films president Sheila Nevins, talking to Variety about the upcoming Bright Lights: Starring Carrie Fisher and Debbie Reynolds, who died last month only a day apart from each other.

The trailer features Fisher and Reynolds riffing on cell phones and memory loss while pawing through old photos and touches upon Fisher’s well-documented bouts of mental illness, chronicled in her books Shock-a-holic and Wishful Drinking.

Fisher died at the age of 60 following a heart attack on a flight from London to LA, and 84-year-old Reynolds was hospitalized and died the next day.

The documentary’s premiere date has been moved up to January 7 following the loss. And as you’ll see below, the footage is quite gutting, even for the callow.