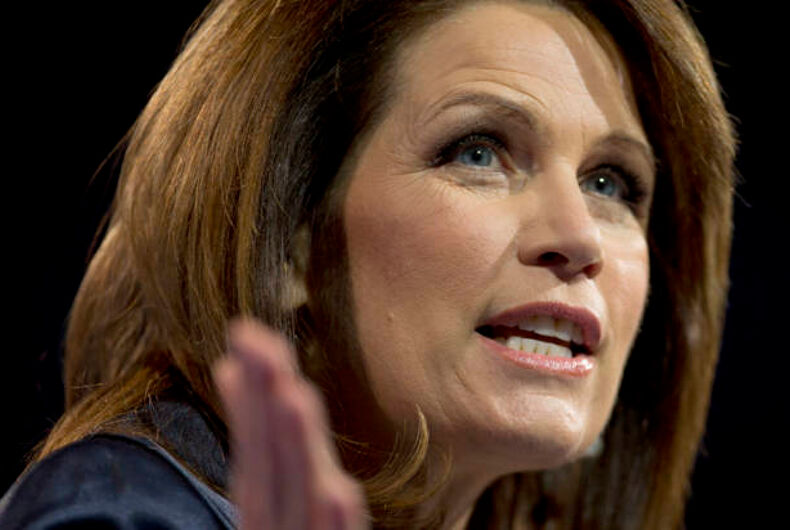 Both Bachmann and Berens promoted the idea that the Women’s March on Washington was a radical Islamist plot to bring down America according to Right Wing Watch.

“They cannot reach their aims separately, but they can realize the fall of individual liberties if they work together. Once liberties fall, the groups break with each other in a race to impose their particular views on the American populace,” Bachmann argued.

“Causing liberties to fall is a long-term project, and they will use whatever allies they can get to realize that phase of their goals.”

Which liberties Bachmann was referring to are left unnamed, although one imagines they do not include women’s reproductive rights, LGBTQ equality, religious freedoms for non-Christians, and racial justice.

Berens claimed that the pro-choice rights aspect of the demonstration was also part of a plot by Muslims.

Berens added that “abortions are illegal in Islam and no Muslim woman would dare have one,” which is not an accurate statement.

After claiming the march wasn’t about Trump, she writes that she “follows over 100 Muslim Brotherhood groups in America and also several of their most powerful activists” and that they were all promoting the march.