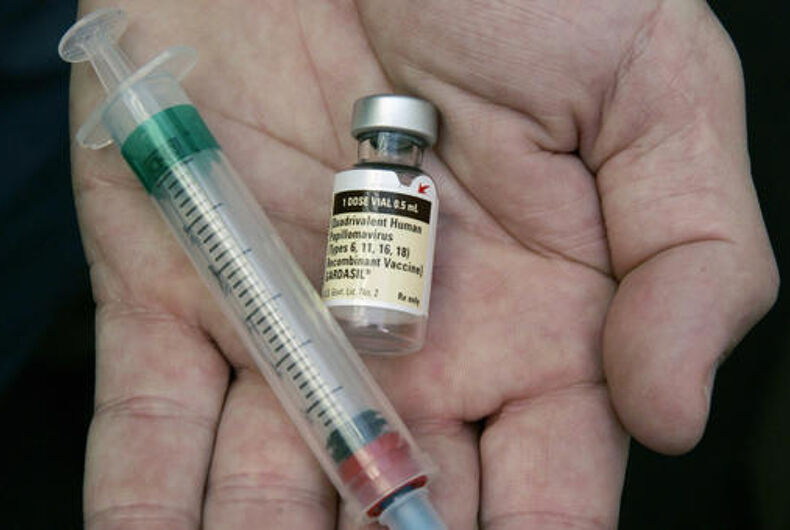 FILE - In this Aug. 28, 2006 file photo, a doctor holds a vial of the human papillomavirus (HPV) vaccine Gardasil in his Chicago office. A national estimate suggests that nearly half of U.S. men have mostly silent infections caused by the sexually-transmitted human papilloma virus, and that 1 in 4 has strains linked with several cancers. The study was released Thursday, Jan. 19, 2017. Photo: (AP Photo/Charles Rex Arbogast, File)

CHICAGO (AP) — The first national estimate suggests that nearly half of U.S. men have genital infections caused by a sexually transmitted virus and that 1 in 4 has strains linked with several cancers.

Most human papillomavirus infections cause no symptoms and most disappear without treatment. And most adults will get an HPV infection at some point in their lives.

But high-risk HPV can cause cancer in the mouth and upper throat, cervical cancer in women and other cancers. Less harmful strains can cause genital warts

Vaccines in pre-teens and young adults can prevent HPV infections but experts say vaccination rates are too low.

The new estimate comes from an analysis of a 2013-14 national health survey. Results were published Thursday in the journal JAMA Oncology.