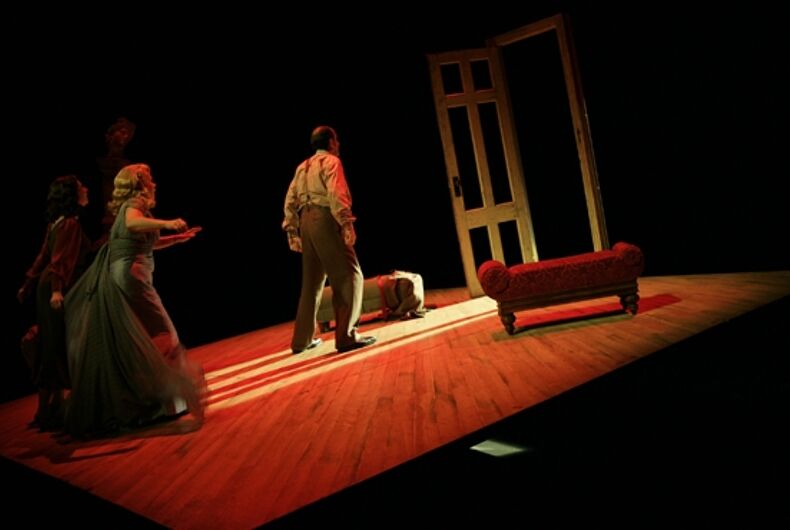 Actors from the American Repertory Theater perform No Exit in 2006.Photo: ART

Students at a California high school say the administration shut down a play because one of the characters is a lesbian.

The Jean-Paul Sartre play No Exit was closed by administrators last Friday at Buchanan High School in Clovis, California, telling the New York Daily News that it closed due to violence and language, not because there was a lesbian character.

Senior Jared Serpa, who directed the play, said the administration told him the play was cancelled because of the lesbian character.

“One of the biggest complaints [parents] had was that one of the characters was a lesbian. And how the administrator told me was that if a parent takes their child to see the show, and the child’s like ‘Is that woman trying to kiss that woman?’ what is the parent going to say? That puts the parent in a sticky situation. No, that just shows how cowardice the parent is for not talking to their child about reality.”

Sartre, who won the Nobel Prize for Literature in 1964 but refused to accept it, wrote No Exit in 1944. The existentialist play is taught at Buchanan High School in a literature class.

Half of all American men are infected with the HPV virus