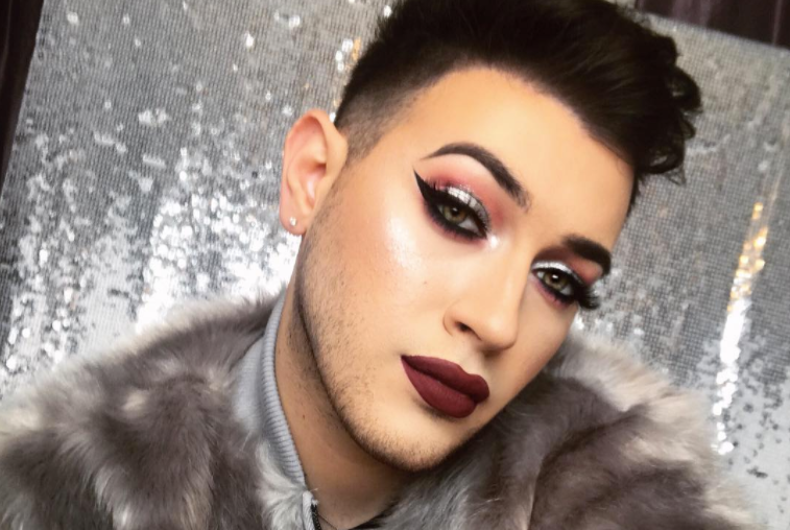 First, there was CoverGirl’s teenage cover boy and now another gay man known for his makeup tutorials is promoting Maybelline’s mascara.

Manny Gutierrez, known as Manny MUA to his 2 million YouTube followers, was the first male to be featured on Maybelline’s Instagram page.

In an interview with PEOPLE after being named The Ultimate Influencer at the magazine’s Ones To Watch party, Gutierrez said that while creating a YouTube channel is easy, putting himself out there can sometimes be hard. Still, he encouraged readers to remain confident.

“I’ve gone through all of it, I’ve literally heard every single name in the book be told to me,” he recalled. “So don’t be discouraged by anyone, as long as you’re confident in yourself and just keep doing what you’re doing.”

Gutierrez said he hopes to use his social media stardom as a springboard to more traditional media gigs, like acting.

Watch him “get bossed up” with Maybelline’s Volum’ Express The Colossal Big Shot Mascara below.