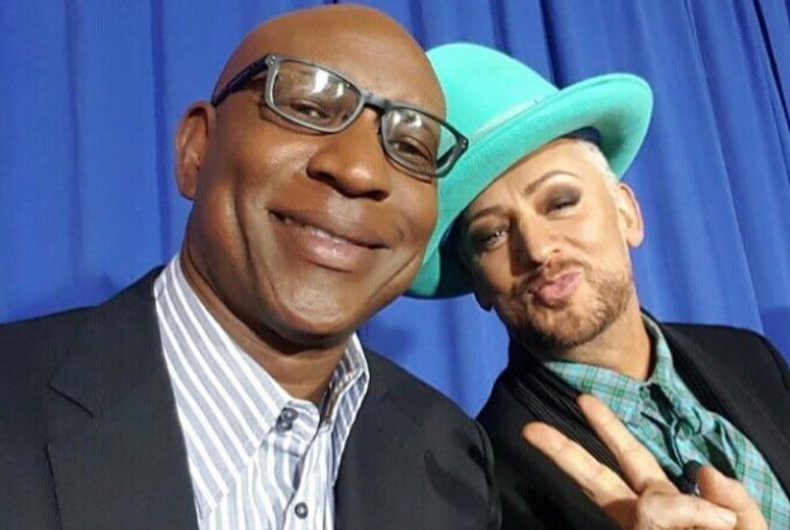 A demure and relaxed Paris Jackson dodged journalists as she arrived at the Dior Homme show in a black Dior perfecto jacket and stylish white pleated skirt.

The daughter of pop icon Michael Jackson vied for attention with music legend Bono, who dominated the front row in his customary shades next to LVMH fashion tycoon Bernard Arnault, owner of the fashion house.

But it was Boy George that did all the talking. The former “Culture Club” front man got political, defending new U.S. first lady Melania Trump against negative press about her former modeling career.

“You know what — as somebody who has a past — I think it’s really wrong and mean-spirited of women to be so abusive,” Boy George told The Associated Press from beneath an exuberant embellished hat. The fashion icon added that, in the Herve Pierre-designed inauguration gown, Melania Trump “looked amazing.”

The singer, who is gay, said people should “remain positive” about the next four years in the United States. Still, he lamented — with a hint of humor — that President Donald Trump didn’t mention the LGBT community — “or me” — in his inauguration speech.

10,000 people march in Connecticut in support of women