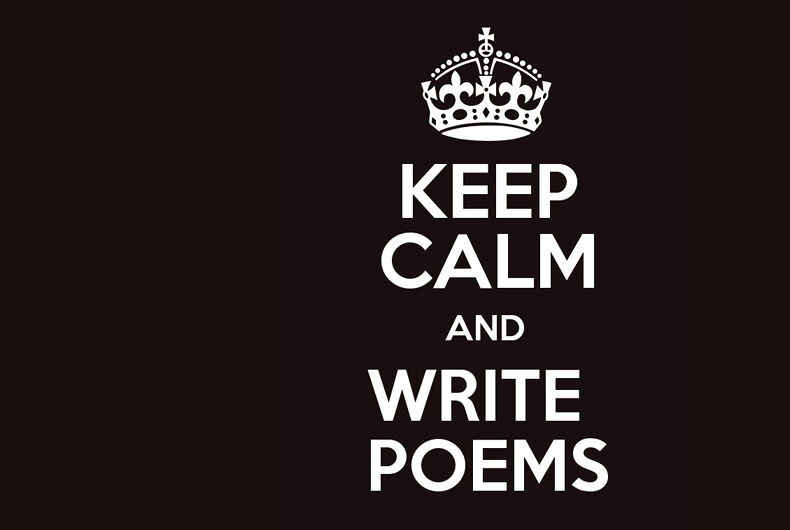 BOSTON (AP) — America’s leading poets are averse to Donald Trump, and they’re not about to go gentle into that good night.

Poetry slams and other literary events are being organized nationwide in the run-up to the president-elect’s Jan. 20 inauguration.

Some, like this weekend’s “Writers Resist” rallies in New York, Boston and 90 other U.S. cities, are overtly in protest. Others are merely an attempt to find a little solace and beauty in verse.

“Our country was founded on brilliant writing,” said Erin Belieu, an award-winning poet who runs the creative writing program at Florida State University. She hatched the Writers Resist movement “to re-inaugurate the best of our democratic ideals.”

On Sunday, poets, writers and artists will gather in 32 states — as well as in Amsterdam, Hong Kong, London and Singapore — to read aloud from their own works and quote inspirational passages from others.

The lead event in the series sponsored by the writers’ group PEN America will be staged on the steps of the New York Public Library and feature former U.S. poet laureates Robert Pinsky and Rita Dove.

Pinsky, a professor of English and creative writing at Boston University, told The Associated Press he’ll recite a new poem he wrote for the occasion that will invoke the celebrated black poet Gwendolyn Brooks, Walt Whitman and others who waxed lyrical about American democratic ideals.

“Those of us who use words professionally have a certain stake in the truth,” he said. “It’s hard to think of anything more important. In the long run, lies and fabrications wither away, but the truth endures forever.”

Daniel Evans Pritchard, a Boston writer, said he and others in the literary world are troubled by the tone of Trump’s tweets and worried the incoming new administration will have a chilling effect on freedom of expression.

“Language is the tool we use to build our political and democratic structures,” he said. “To suggest that words don’t matter is to say the Constitution is just words; the Bill of Rights is just words.”

Michael Ansara, founder of the group Mass Poetry , which promotes poetry in Massachusetts, said interest in the genre has surged nationally since the election. Internet searches of poetry are up 20 percent to 30 percent, he said.

Even so, his group has organized a poetry reading at Boston’s Huntington Theatre for Jan. 30 — well after the inauguration — simply to uplift and inspire.

But for many men and women of letters, Trump is the galvanizing factor.

“I can’t just sit here and watch Netflix for the next four years and disappear into various costumed dramas,” said Belieu, the “Writers Resist” organizer. “I’m not going to live in fear. And I’m not going to keep my mouth shut.”

© 2017, Associated Press, All Rights Reserved.
This material may not be published, broadcast, rewritten, or redistributed.
News (USA)
Walt Whitman