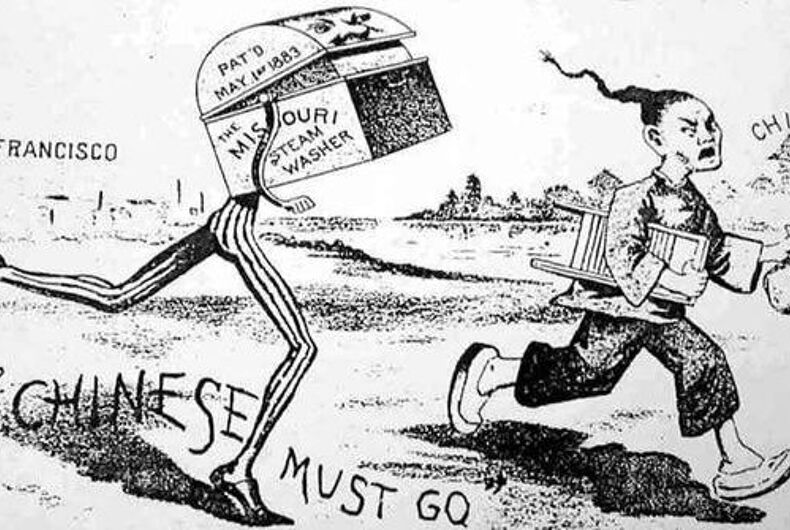 I can’t seem to keep count of the politicians who have and continue to tell lies to incite fear and hatred of “the other.” By doing so, these politicians figuratively and literally use the bodies of “the other” as stepping stones for their own political ends.

For example, so many people have and continue to call Mr. Obama’s U.S. citizenship status into question, even though proof of the President’s nationality has been well documented.

This man hates this country….Barack Obama is trying to dismantle, brick by brick, the American dream….He was indoctrinated as a child. His father was a communist. His mother was a leftist. He was sent to prep and Ivy League schools where his contempt for the country was reinforced. He moved to Chicago. It was the home of the radical left movement….This is what we have as a president: a radical ideologue, a ruthless politician who despises the country and the way it was founded and the way in which it became great. He hates it.”

Poet, novelist, and anthropologist Nathaniel Mackey discusses how “othering” is something people do, and therefore, “to other” must be seen as a verb, an action. An “other” is someone or a group of someones acted upon.

Likewise, “to minoritize” is also something people do, and also must be seen as a verb, an action.

Donald Trump has based (in every sense of the word) his entire campaign on “othering” and “minoritizing” entire groups of people, for example, Mexicans:

Compare this to an article appearing in Harper’s Weekly, April 6, 1867:

Irishmen…have so behaved themselves that nearly seventy-five per cent of our criminals and paupers are Irish; that fully seventy-five per cent of the crimes of violence committed among us are the work of Irishmen; that the system of universal suffrage in large cities has fallen into discredit through the incapacity of the Irish for self-government.”

Donald J. Trump is calling for a total and complete shutdown of Muslims entering the United States until our country’s representatives can figure out what is going on.”

Islamophobia routinely surfaced throughout the 2008 and 2012 presidential elections. Members of the political right challenged and spread rumors regarding Barack Obama’s cultural, social, and religious background. Insinuations flew about his supposed Islamic background connected to his explicit Marxist and Fascist (which is a contradiction) political influences.

Opponents referred to him as Barack Hussein Obama – with emphasis on “Hussein” — in their attempts to connect him not only to the Muslim faith, but also to the former ruler of Iraq.

In actuality, his middle name is indeed “Hussein,” which in Arabic translates to “good” or “beautiful.” Furthermore, since this country was founded on the principle of freedom of religion, whichever religious or non-religious background any candidate, or any individual, follows should in no way disqualify or call into question their credentials.

But this othering discourse is nothing new. A Butte, Montana editorial in 1870 represents the exclusionist sentiments toward Chinese people held by many U.S. citizens at that time:

The Chinaman’s life is not our life, his religion is not our religion. His habits, superstitions, and modes of life are disgusting. He is a parasite, floating across the Pacific and thence penetrating into the interior towns and cities, there to settle down for a brief space and absorb the substance of those with whom he comes into competition. His one object is to make all the money and return again to his native land dead or alive….Let him go hence. He belongs not in Butte.”

And in 1893, also in Butte, Montana, “The Chinaman is no more a citizen than a coyote is a citizen, and never can be.”

Student refuses to let her professor whitewash the Stonewall riots