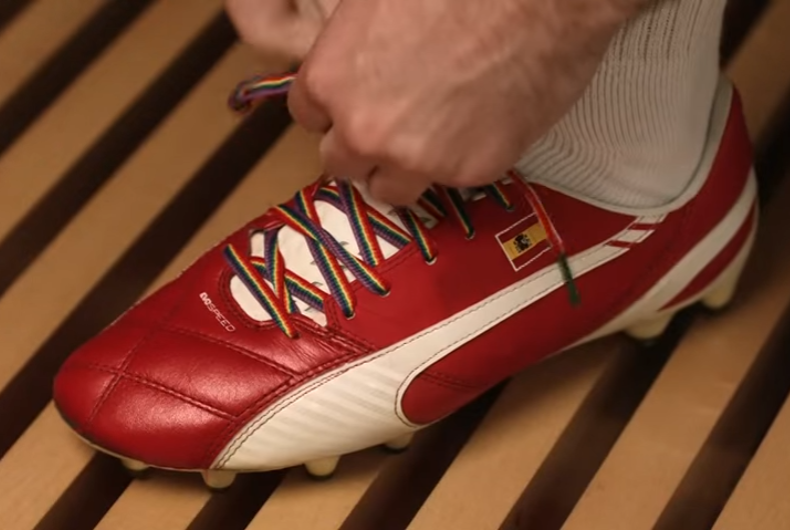 The Football Association reports that they are not in talks with gay players considering coming out despite a recent claim by a lawmaker.

Scottish National Party MP John Nicolson, a member of the Culture Media & Sport select committee, made the claim during a parliamentary inquiry into homophobia in sports.

“I understand three players are in talks with the FA about coming out and they haven’t done so yet,” he claimed. He has confirmed to the Press Association that his information came from a media report that made the claim and not from any personal information.

“We have been and are working hard so that if a player felt they wanted to have the conversation about coming out, we would be there and offer any and all the support we could,” an FA spokesperson said. “Ultimately it has to be an individual’s personal choice.”

Justin Fashanu became the first player to come out when he did so in 1990. Since then, no male players have come out while playing in England. Former Germany and Aston Villa midfielder Thomas Hitzlsperger and ex-Leeds United winger Robbie Rogers did so after they finished playing in England.

Hitzlsperger is retired, while Rogers currently plays for LA Galaxy.

During the inquiry, Nicolson asked the sports minister, Tracey Crouch, how they could make sure athletes felt safe and supported enough to come out, noting that Greg Clarke, the chairman of The FA, told the committee in October that gay players would be likely to suffer “significant abuse.”

Crouch has called those comments “the complete opposite of the kind of support that a player needs” and pointed out that surveys show most fans would be fine with their team including an openly gay player.