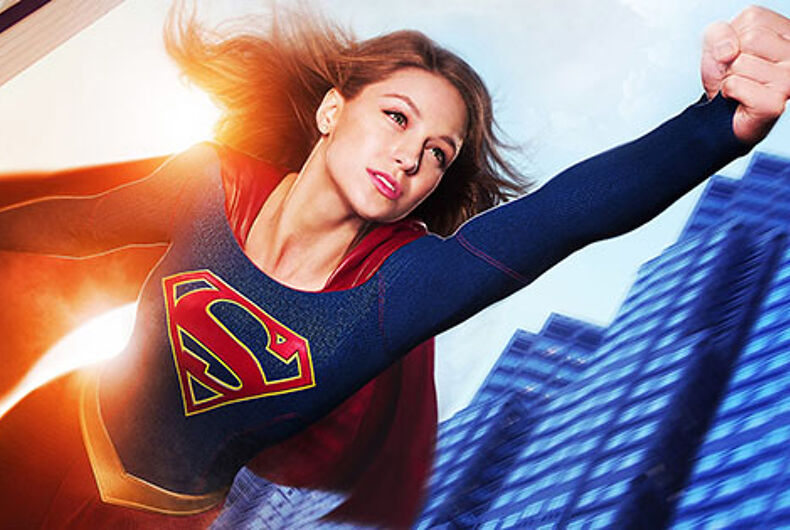 “Representation matters,” reads the tweet from a comic book shop clerk in Fort Wayne, Indiana, who goes by the handle @sapphicgeek. Her name is Mary and she wrote that to sum up the incredible impact of the out and positive lesbian relationship TV’s Supergirl is having.

We all have someone we want to kiss, right? #Sanvers is here and we are excited. Our #Supergirl recap: https://t.co/cDPRZNYp2B #DCWeek pic.twitter.com/9ZrzO8e9Ra

And for evidence she shared her experience with a teenage girl, struggling with her sexual orientation, who visited her store Saturday.

Here’s her story, as first reported by NewNowNext, in her own words, via Twitter:

So, I want to tell you all what happened in the store today. It's probably the single greatest moment I have ever experienced working here.

Batwoman saved me years ago. I found her in 2006 and I have never stopped taking strength from her. I am here today because of that strength

Supergirl series star Chyler Leigh reached out to Mary, personally, then shared her moving story on her Twitter account with all her fans and followers.

Mary…This story. This right here is what Heroes are made of. You are AMAZING!! I absolutely admire you and will share this!

Thank you so much for what you do. Representation matters.

Amazing. Please read this thread from @sapphicgeek This is what a real life #Supergirl looks like. All we need is love, respect & kindness https://t.co/AIuQfXHIxM

Mary sent thanks to all of those sharing her story.

Thank you to everyone for your kind words and offers of support. I only did what I wish someone would have done for me at that age.

People from all over started offering to repay Mary for her $60 investment in that young teenage girl. Mary, however, asked folks to send the money instead to Equality Florida, to help victims of hate and oppression including the families of the nightclub massacre at Pulse last June.

I would like to encourage everyone to please donate to Equality Florida. They're doing the really amazing stuff.

And Gina Leigh Duncan of Equality Florida has in turn sent her thanks, via Facebook: