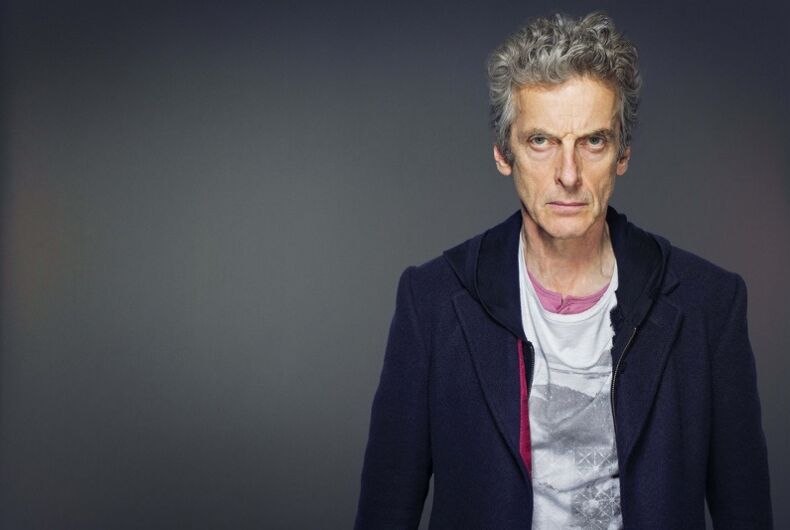 The new UK prime minister, Theresa May, rose to power after Brexit and, like Trump, Brittain’s new rightwing government isn’t known for their tolerance and diversity. The cult classic TV show “Doctor Who”, best known for preaching acceptance of differences and standing firm for the underdog, is about as far removed from the current British government as possible.

So when May referenced the long running TV show as a personal Christmas tradition, no one was more surprised than Peter Capaldi, the current iteration of the namesake Doctor. The show traditionally airs a Christmas episode every year.

Asked what she planned to do on Christmas Day, May told the Radio Times, “I always like to see Doctor Who on Christmas night, if possible, and a nice Agatha Christie to curl up with.”

When the Andrew Marr Show’s Sophie Raworth told Capaldi about May’s comment, the veteran actor quickly shot back with, “That was quite a surprise that she was so keen on it. So I hope she takes this message of tolerance and kindness and compassion to heart.”

Peter Capaldi – Dr. Who – Well done. On Andrew Marr show this morning, he asks Mrs. May to be much kinder and not harsh on immigrants.

Bob the Drag Queen banned from Grindr for impersonating himself