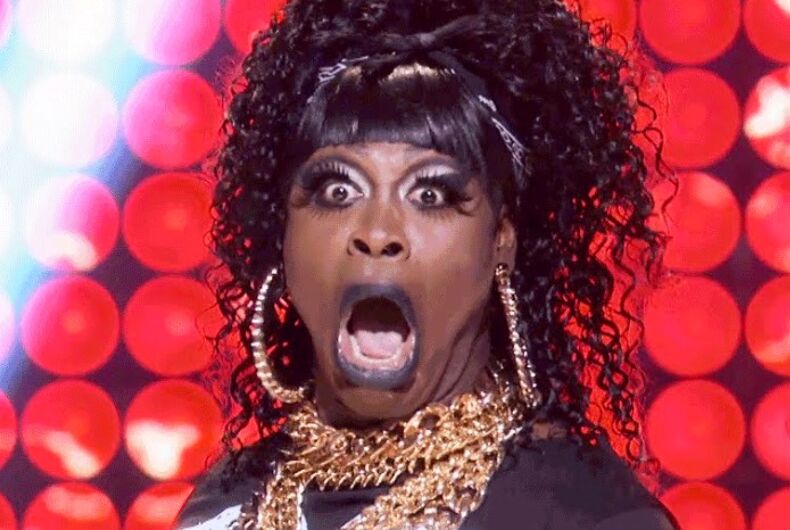 Oh, Bob the Drag Queen — you were supposed to be a queen for the people! And considering what sort of behavior is permissible on Grindr, you must have pulled some really shady moves to get banned — banned! — from the app.

So what were Ms. the Queen’s offenses? What depraved hijinks could she have scraped together from the depths of her sick, sick head to raise such a red flag to Grindr’s tireless and chaste moderators?

Needless to say, the whole thing was a bit of a surprise.

I got banned from @Grindr for impersonating Bob The Drag Queen. #gag pic.twitter.com/xNAe3I9wjl

And it would appear Bob isn’t the only person getting the Grindr axe for impersonating Bob. It happens to Acid Betty all the time:

One would expect this mix-up to get sorted out promptly, but looks like it’s just not that simple:

no. @Grindr has said nothing about the matter.

But where there’s a will, there is a way:

it's never too late to send nudes. Haha

It’s hard out there for a Drag Race victor:

i can't even get @Grindr verified. 😂😂