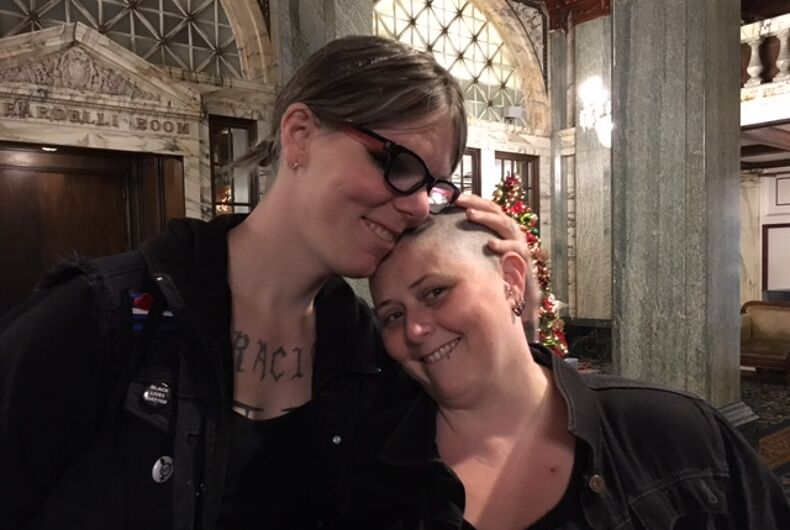 San Francisco petitioners Xin Farrish and Char Crawford are among those seeking legal recognition of their non-binary gender.Photo: Nancy Crawford

The movement toward the legal recognition of non-binary gender is gaining traction, with additional Californians filing petitions to change their legal gender to non-binary.

“We at IGRP applaud these brave humans fighting for the right to be recognized as their authentic selves in all areas of their lives, and we applaud their families for their loving support,” Adams said in a release.

Adams and IGRP advisory committee member Sara Kelly Keenan said they are working with the California Department of Motor Vehicles to discuss non-binary identification on drivers’ licenses. While no specific timeline has been offered, Adams said the DMV “has made a commitment to move forward.”

There appears to be national support for offering an alternative gender designation within the industry. This year the American Association of Motor Vehicle Administrators introduced “X” as an optional gender designation, though it is up to individual jurisdictions to decide whether to offer that option.

Keenan became the first Californian and second person in the United States to have a non-binary gender legally recognized by the courts. Earlier this month, Keenan was also granted an amended birth certificate reading “intersex,” which Keenan described as “a dream come true in that it acknowledges scientific reality and says society is ready to accept that people like me exist.”