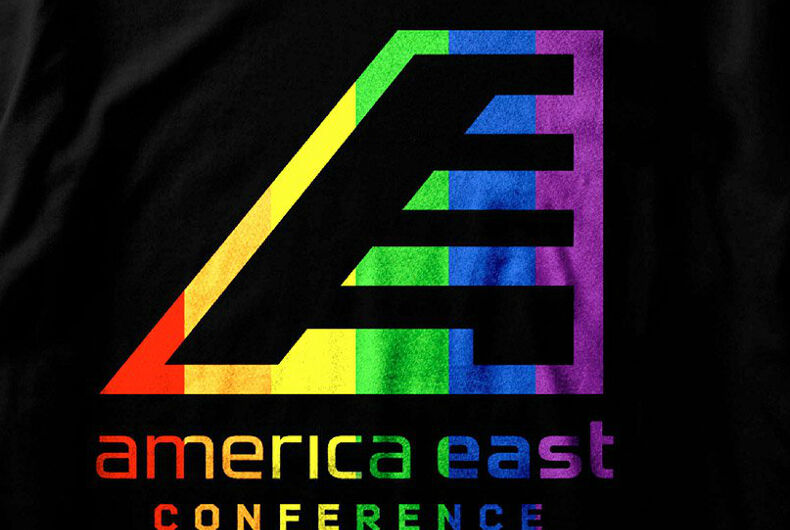 The University of Maine men's basketball team will wear rainbow shirts during their game against Duke University to show support for the LGBTQ community.

While many athletic teams and conferences have opted to avoid North Carolina over its anti-LGBTQ law,  the University of Maine’s men’s basketball team is taking a different approach.

Instead of boycotting, the Portland Press Herald reports, the team will show its support for the LGBTQ community by wearing rainbow shirts during Saturday’s game against Duke University, which has also opposed HB2.

“The North Carolina law is completely at odds with our belief in equality and inclusion, and not in keeping with our commitment to equal opportunity as a right for all,” University of Maine President Susan Hunter said in a statement.

Robert Dana, UMaine vice president for student affairs, told the Press Herald that playing the game against Duke was a high-profile to make a statement.

“Duke has said this is a repugnant law and that is what the University of Maine would say, too. Boycotting is one way to stand up to it,” Dana said. “Another type of pressure is to go stand shoulder-to-shoulder with Duke and show our support.”

They would not normally be in a position to play a top-ranked school like Duke, but the North Carolina university will pay UMaine $85,000 for playing in the game. But it’s not just about basketball. The Maine team is learning about LGBTQ equality along the way.

The team also Skyped with transgender athlete Chris Mosier on Thursday, met with social justice advocate group Duke Athlete Ally on Friday, and plans to share their experience with their university’s LGBTQ Services upon their return to Maine.

“If we want to make a statement and stand up for what we believe in as an institution, we have to be part of the discussion around these important societal issues,” President Hunter explained, adding that participating in these conversations “engages our students in thinking about and confronting injustice in any form.”