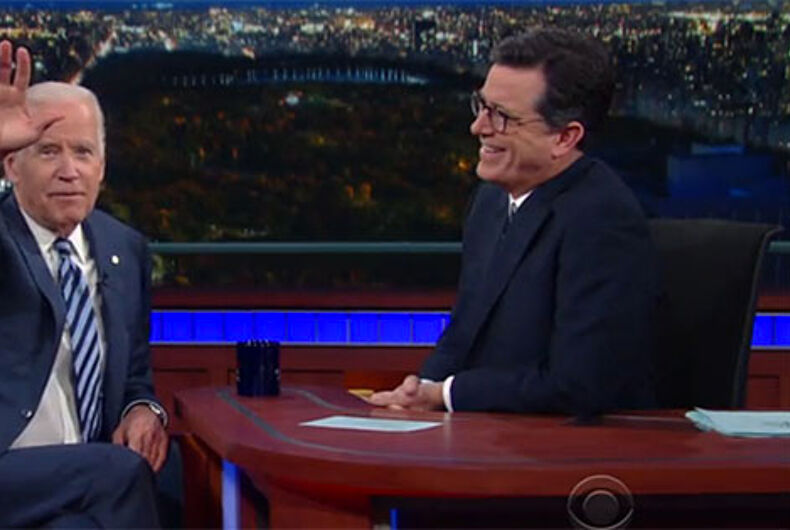 Vice President Joe Biden appeared on “The Late Show with Stephen Colbert” Tuesday night and clarified the report Monday night, in which he told reporters on Capitol Hill: “I am going to run in 2020.” When asked if he meant for the White House, Biden said, “For president… what the hell, man?”

Asked by Colbert to confirm he was serious, the veep confessed: “I have no plans, but I’m going to stay deeply, deeply involved.”

But Biden did, as the host noted, leave a door open:

“Never say never. You never know what’s going to happen. Hell, Donald Trump’s going to be 74, I’ll be 77 and in better shape, I mean, what the hell?”

During the two segment interview, Biden reflected on his early support for marriage equality and LGBT rights, and told Colbert he would be watching Donald Trump and working to ensure he will not roll back the advances made during the Obama administration:

“I’m counting on President-elect Trump to tamp down on this bitterness being promoted about everything from the LGBT community to African Americans to Muslims.”