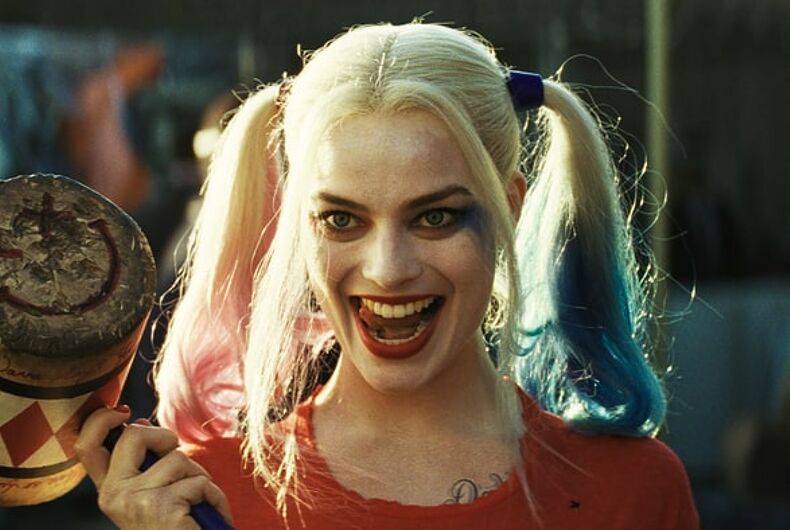 “Suicide Squad” director David Ayer and Harley Quinn actress Margot Robbie are teaming up for a film starring Robbie and featuring the top female villains of the DC Universe.

To make matters more exciting still, there is good reason to believe we might see Quinn and Poison Ivy depicted as girlfriends in the movie, which will be called “Gotham City Sirens.” It is to be based on the 2009 comic book of the same name, according to The Hollywood Reporter.

As GayStarNews reports, the comic book depicts the pair’s relationship as being intimate indeed:

The comic book finds Harley Quinn living with Poison Ivy, as girlfriends, until they decide to kidnap Catwoman in a bid to discover Batman’s true identity.

It is explicitly romantic in the book, with Ivy being the only thing stopping Harley from getting back into her bad romance with the Joker.

At one point, Harley asks Ivy: ‘Is it because you love me?’

This alone is no guarantee that the relationship will be depicted in that manner in the film. After all, “Wonder Woman,” which will come out next year, will not include any reference to that character’s queer identity.

A “Suicide Squad” sequel is also in the works, as well as another spinoff featuring Deadshot, played by Will Smith.

The “Gotham City Sirens” project was reportedly the furthest along of the bunch. That, along with the popularity of Harley Quinn as depicted by Robbie made this the most obvious choice for the first followup in the series.