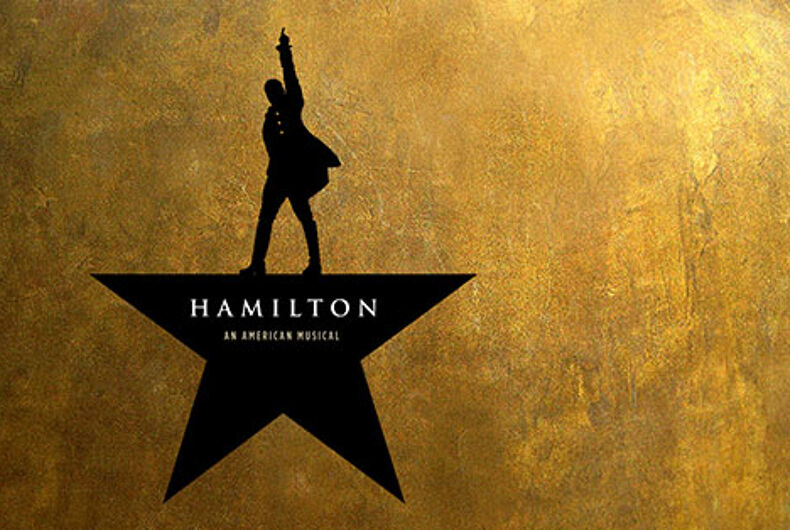 The home of “Hamilton,” the Richard Rogers Theater in New York City, is not just “the room where it happened” — the stage for Broadway’s most successful show and hottest ticket — but for the past six months its stage door has been a crime scene.

The NYPD tells the New York Daily News a pickpocket has lifted the wallets of unsuspecting theatergoers at least a half-dozen times since May.

Following each performance of the musical, a large throng typically gathers outside the stage door to greet the actors, take selfies and get autographs — a crowd that this thief has been infiltrating for personal profit without once getting caught.

Not in person, perhaps, but now the police have released photographs that caught her on camera, and they are not throwing away these shots.

Police describe the thief as a woman with black hair and glasses. She was last seen wearing a black jacket, a grey sweater, black pants and a gray scarf. Anyone with information is asked to call Crime Stoppers at 800-577-TIPS.