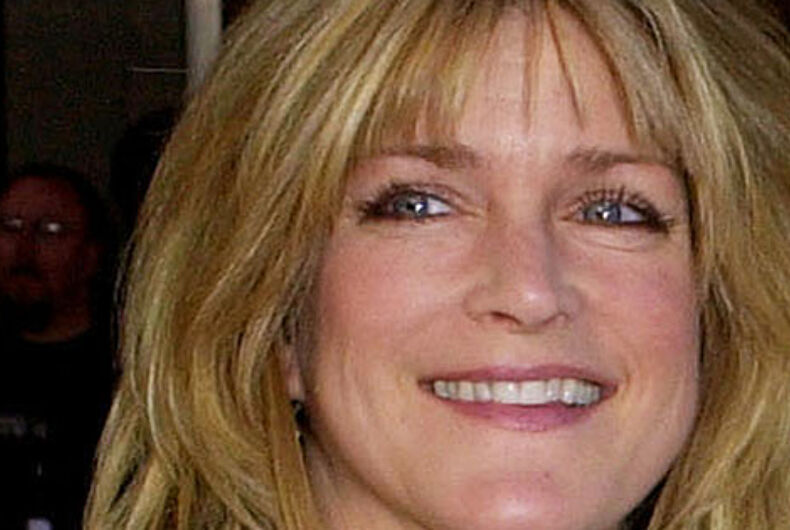 Susan Olsen — who as a child achieved lifetime fame as Cindy on TV’s “The Brady Bunch” — posted an apology to the LGBTQ community on her Facebook page on Friday, writing, in part: “I am sorry and frankly find it hilarious that I am being called a homophobe. What could be more rediculous [sic]???”

The out actor who says she called him a “faggot” in a private Facebook message isn’t accepting her apology. Leon Acord-Whiting, who was a guest on her program on L.A. Talk Radio’s“Two Chicks Talkin’ Politics” last week. He told LGBTQNation in a Facebook message:

“If she actually issues a genuine apology, I will comment on it. Alas, I’m still waiting.”

Olsen also did not explain what she meant in her Facebook post by “the real LGBT community.” At press time, she did not respond to our request for an explanation or comment on Acord-Whiting’s response.

As LGBTQNation reported, the program fired Olsen, 55, after she sent Acord-Whiting the message calling him a “faggot.” The Washington Blade reported L.A. Talk Radio did not pay her a salary.

In the post, Acord-Whiting called Olsen a “Trump fanatic” and that it was “wildly irresponsible” for L.A. Talk Radio to have her as co-host.

Olsen claims the real reason she was fired was because she is a Donald Trump supporter and not because of her antigay message.

Following their online dispute last week, Acord-Whiting posted a screenshot of the message he says Olsen sent to him. Although it was deleted, Us Weekly reported this is what was in the expletive-filled private message that Olsen allegedly sent him:

“Hey there little pussy, let me get my big boy pants on and Reallly take you on!!! What a snake in the grass you are you lying piece of shit too cowardly to confront me in real life so you do it on Facebook. You are the biggest faggot ass in the world the biggest pussy! My Dick is bigger than yours Which ain’t sayin much! What a true piece of shit you are! Lying faggot! I hope you meet your karma SLOWLY AND PAINFULLY.”