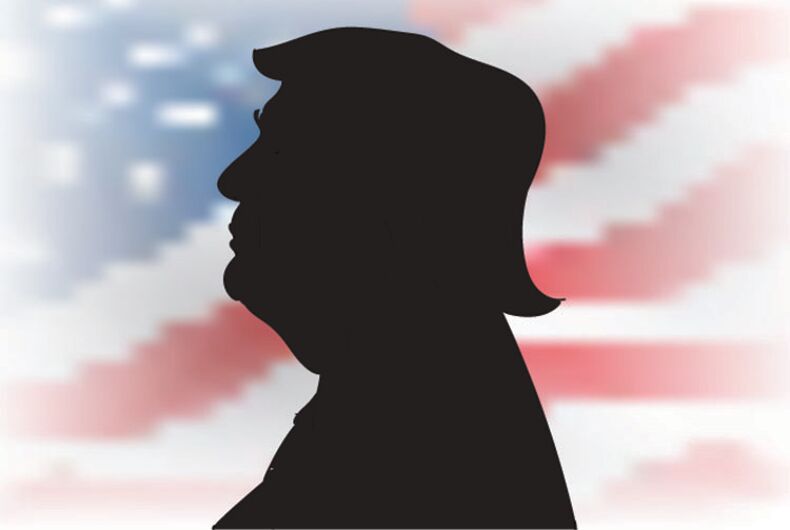 This week as I sat in the back seat of a taxi cab transporting me to San Francisco International Airport from my motel for a flight back home to Massachusetts, I had occasion to engage in an honest and respectful discussion with someone on the opposite side of the political spectrum.

As I entered the cab, the driver asked me how I was doing. “Well,” I responded. “Not so good. The phone in my room evidently wasn’t working, and I didn’t get my 3:45 a.m.wake-up call, which made me miss the airport van. I then had to call a taxi hoping I now won’t miss my flight.”

“Well at least the election last week should make you feel better,” he said while sporting a wide grin. I would estimate that he was somewhere between his late 50s to early 60s in age, and he appeared to be white. Though he was balding on top, around his head he left a thin and very long curtain of gray-blond hair nearly reaching his shoulders.

“The election makes me feel even worse than missing my wake-up call,” I said. After a minute or two of silence, I asked him, “So can I ask what were your reasons for voting for Trump?”

“Sure, of course you can ask,” and he proceeded to enumerate his reasons.

“A few years ago some reporter asked Trump if he would like to run for President someday. Back then he said ‘no.’ But over the years, he has become increasingly concerned about the direction of the country, a country that has been so good to him. So he said he wants to give something back and to make the country,” laughing, “great again. He wants to clean up Washington. I also like him because he is honest and plain talking, you know, like a regular person. That’s what I really like about him.”

He continued: “Also, he has a great family. He has wonderful and well-behaved children and a lovely wife, all who love him very much. I also like how he created a great business. He will bring that business-sense to America and help us all succeed.”

“Yes,” I said. “But he was born into a very wealthy family, he went to private schools, and he had all the advantages money could buy. He started off in business with a million-dollar loan from his father, and then a 14+ million-dollar inheritance.”

“Yeah,” he quickly interjected, “and I think that’s so great. He had a caring father. Most families don’t give their kids anything, but his father was caring and committed to him. That’s the way he treats his own kids.”

“Look, I have three daughters of my own,” he continued. “I didn’t go to college, but I’m working really hard so I can put them through college and leave something for them after I’m gone. That’s another thing I admire about Trump.”

“Yes, I agree that Trump obviously cares about his family,” I said. “But do you really think he truly cares about other people outside his family? Or, does he primarily care about himself and his company, and about making even more money? What about the contractors he stiffed by not paying what he promised to pay them?”

The driver responded: “That proves my point that he is a good businessman. The contractors probably didn’t fulfill the contract. And besides, I really like that Trump will get rid of all the illegal aliens and not let any more invade our country. They’re taking all our jobs!”

“Actually, I find his proposal very hypocritical. He hired undocumented Polish workers under market rate to build his Trump tower. His wife was found to violate the conditions of her visa by working and getting paid for at least ten modeling jobs when she first visited this country. He makes many of his products, like his ties, overseas, and he builds many of his building with steel and other materials made in China.”

“And what do you think about his policies on renting his properties,” I asked. “He was charged with and had to pay a large fine for refusing to rent to black people.”

“Are you really serious?” I responded in a shocked tone. “Do you really believe that?”

“Of course I do. I know some good black people. But I’ve also heard of them squatting. And I’m not being a racist for saying that.”

“You know,” I said contemplating. “What you say really saddens me. I’ve studied history.” My mind raced back to something I remembered from years ago.

“If you convince the lowest white man he’s better than the best colored man, he won’t know you’re picking is pocket. Hell, give him someone to look down on and he’ll empty his pockets for you.”

Lyndon Baines Johnson said that to Bill Moyers, in 1960, three years before he assumed the presidency.

I turned my attention back to the taxi driver. “What I see is what’s called ‘the divide and conquer’ tactic by keeping people who come from very similar economic backgrounds separated and apart. By keeping them divided, the chances of them joining together to challenge the people and the policies that keep their wages low while increasing the gaps between the rich and the rest of us becomes more and more difficult. I have seen so many people buying into the ‘divide and conquer’ strategy, and by doing so, they vote against their own economic self-interests. That’s what happened in this election.”

I asked one final question as our cab nearly approached the airport doorway to my airline. “What do you think about marriage for same-sex couples.”

“Yes, but I want you to be completely honest.

“Well,” he said thoughtfully. “That’s between you and God.”

“God gave me the ability to love myself for who I am, yes. But government determines my civil rights, and marriage is a civil right.”

“Hmmm,” he pondered. “I’ll have to think about that. I never thought of it in that way before.”

As he dropped me off, we shook hands, and I thanked him for his candor and honesty.

Trump and the Airship of State

In his rhetoric and proposals throughout the past 18 months, Trump let us know that he intends to reverse the engines on the airship of state. His election has already caused deep gashes and extensive tread marks in the nation’s tarmac giving some of us a painful and debilitating whiplash.

Though the flight attendants announced the National Transportation Safety Board’s ban on the defective Samsung Galaxy Note 7 device on-board, Donald J. Trump metaphorically disregarded the warning. He has engulfed the fuselage of politics in the smoke and flames of his lies and bigotry resulting in the meltdown of standards of common decency.

We must now prepare our country for his arrival on January 20, 2017. To do so, we need to return ourselves to the full upright and arms-locked position keeping our values tightly fastened. Though political analysts forecast unusually heavy turbulence, our aircraft of state has a stellar record of withstanding even the most unstable social and political atmospheric conditions.

Though the landing may be hard and bumpy and we may emerge a bit battered and weathered, we will remain in good working order ready for another flight if and only if we join in coalition now and throughout the journey ahead.

In arduous times, I have come to know from personal experience that I must do my individual work and my personal processing: whether that be grieving, raging, emoting, reflecting, whatever. It is difficult if not impossible for me to give to my utmost until I refuel, refresh, and recover on an emotional level. That’s my process.

I believe that we need to work and fight even harder to connect with people from across all demographic groups with like minds, ideas, and ideologies to bring sanity back to our country.

Coalitions, however, are often very difficult. According to black feminist activist and writer, Bernice Johnson Reagon,

“I feel as if I’m gonna keel over any minute and die. That is often what it feels like if you’re really doing coalition work. Most of the time you feel threatened to the core and if you don’t, you’re not really doing no coalescing.”

Even in effective coalition, we also must expect that the near future will be very rough for progressives and moderates. But I’m certain we will push the pendulum back toward the left if and only if we are there for the long haul. It won’t come overnight. I’ve learned from experience that the definition of “burnout” is having unrealistic expectations.

Minnesota mom sues her own transgender daughter for transitioning