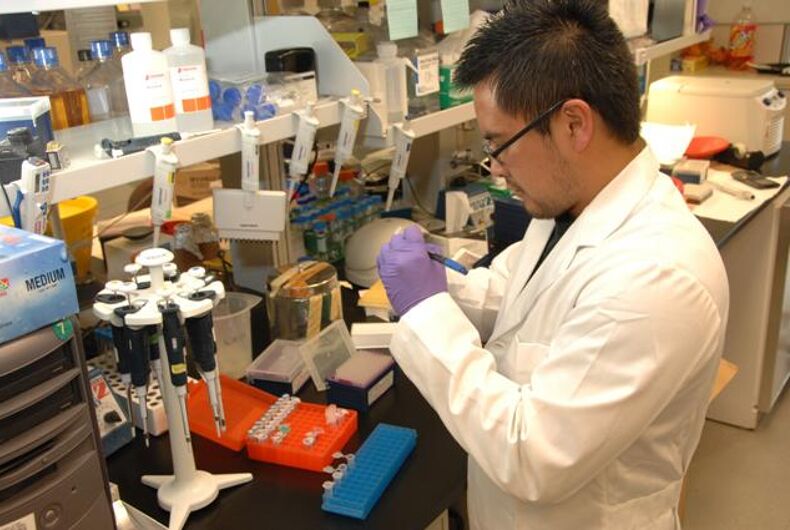 Scientists from the National Institutes of Health (NIH) have identified an antibody that potently neutralized 98 percent of HIV strains tested, including 16 of 20 resistant to other antibodies of the same class.

Researchers say that this antibody, named N6, is an important breakthrough in potentially helping to prevent or treat HIV infections. The information could lead to a vaccine, which has been difficult to develop due to its “unique ways of evading the immune system, and the human body seems incapable of mounting an effective immune response against it,” according to the NIH.

Due to the way this particular antibody evolved, it appears to be an ideal candidate to get around that particular problem.

“Findings from the current study showed that N6 evolved a unique mode of binding that depends less on a variable area of the HIV envelope known as the V5 region and focuses more on conserved regions, which change relatively little among HIV strains,” the NIH said in a statement.

“The scientists, led by Mark Connors, M.D., of NIH’s National Institute of Allergy and Infectious Diseases (NIAID), also tracked the evolution of N6 over time to understand how it developed the ability to potently neutralize nearly all HIV strains,” they said. “This information will help inform the design of vaccines to elicit such broadly neutralizing antibodies.”

“Due to its potency, N6 may offer stronger and more durable prevention and treatment benefits, and researchers may be able to administer it subcutaneously (into the fat under the skin) rather than intravenously. In addition, its ability to neutralize nearly all HIV strains would be advantageous for both prevention and treatment strategies,” they concluded.

The announcement, made on Tuesday, comes less than a month ahead of World AIDS Day, on Dec. 1.