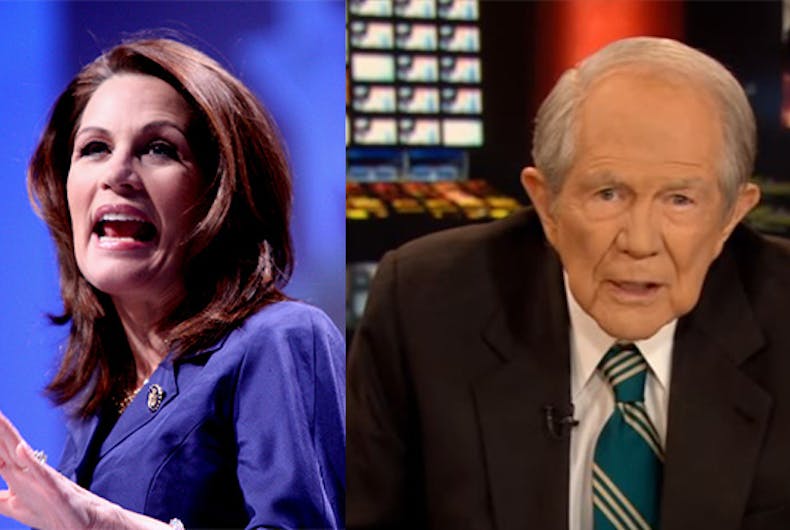 Donald Trump adviser, former congresswoman Michele Bachmann and televangelist Pat Robertson have both said glory be to God for FBI Director James Comey’s letter announcing that it had found and was looking into emails on a laptop Hillary Clinton aide Huma Abedin shared with now estranged husband Anthony Weiner.

“I think so many people have been praying and fasting and I think God is revealing the hidden things and the hidden motives at this crucial point so people can understand truth,” Bachmann said during an appearance on the American Pastors Network’s “Stand In The Gap” radio program on Tuesday. “And I think God has His way. He has His ability to reveal truth and the truth is a glaring spotlight where the general population can see this and they can make their voice known at the ballot box next Tuesday.”

Robertson, who is also a Trump supporter, started “The 700 Club” by bringing up the FBI letter, saying, “It looks like God did something amazing!”

He quoted Proverbs 11:30, “The integrity of the upright guides them, but the unfaithful are destroyed by their duplicity,” saying the “duplicity” of Clinton, President Obama and Anthony Weiner will bring about their ruin.

“It looks like before it’s finished, there will be indictments and more indictments,” he concluded.

Watch Robertson make his comments in the video below.