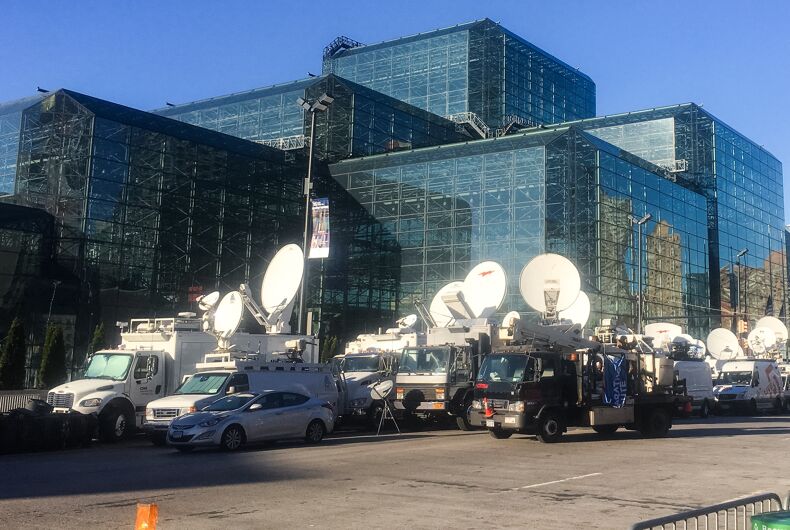 Thousands of journalists streamed into Manhattan from around the world Monday to cover what will hopefully be the last night of the most contentious presidential election in modern American history.

A mere 15 blocks separate the respective Republican and Democratic candidates’ Election Night  headquarters, each candidate closing out their campaigns where they began, in New York City.

While Donald Trump’s campaign surprisingly selected a Hilton hotel a short walk from Trump Tower that is not a part of his real estate empire, Hillary Clinton’s camp chose the cavernous Javits Convention Center.

Perhaps the most telling details of each venue is that Trump’s event is billed as a “Victory Party,” and Clinton literally will be standing under a glass ceiling at the conclusion of her quest to become the first female president of the United States.

LGBTQNation has reporters in key locations to bring you a perspective on the election results unlike any other news source, providing a view that will match the community’s most vested interests and chief concerns.

Political correspondent Jeff Taylor will join Editor in Chief Bil Browning in Washington, D.C., Assistant Editor Dawn Ennis will be at Clinton HQ in NYC (see video below) and the team at our partner Queerty has our home base of San Francisco covered.

The GOP is trying to suppress 34,000 transgender voters today