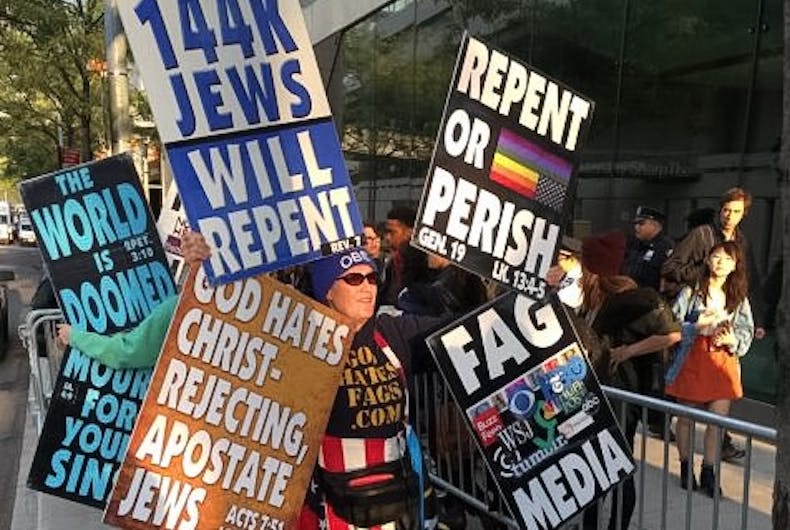 The latest protest by Westboro Baptist Church and its anti-LGBTQ demonstrators targeted one of New York City’s most prized institutions of learning, the Juilliard School.

When a handful showed up outside the school Thursday to picket what the hate group labeled “the vanity called ‘The Arts,'” NewNowNext reports they were surrounded by 100 students who drowned them out with a classical cover of Rick Astley’s “Never Gonna Give You Up.”

The Westboro protesters attempted to engage students but were reportedly ignored. Students countered the group’s hateful signs with handmade signs of their own, one of which read, “Hell must be FABULOUS!”

Watch a video of the tense but non-violent clash of ideals from YouTube, below.